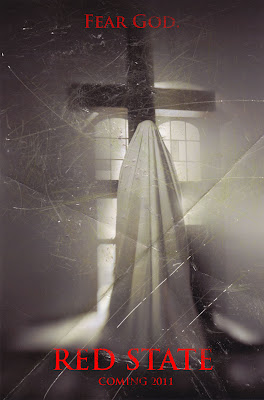 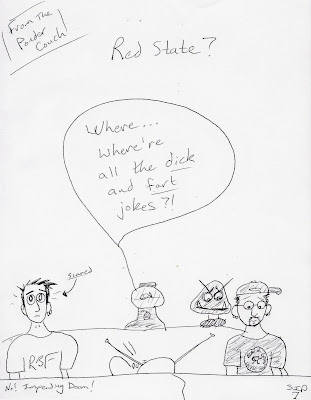 Mike and I went to see Kevin Smith present his new movie "Red State" about a week ago. I must say, I think it's Kevin's best film. I'm not saying it's my favorite of his films, but I think it's the best over-all. It has the best editing, special effects, acting... or at least the dialogue felt more natural in the characters' mouths than any of his other flicks. Regardless of the political message, I think this was a well-made movie and scarier than any slasher-type horror films.

If you're a fan of Smith's work or just a fan of psychological thrillers (and it doesn't hurt if you don't mind a bit of anti-fundamentalism), this movie is worth a look-see.

Oh, here's the only picture I took if the experience: 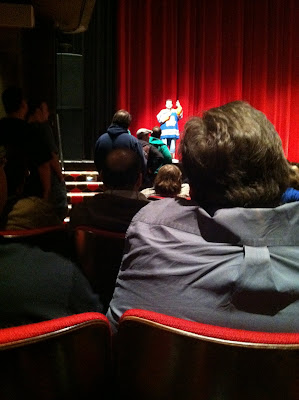