I have pined for Ecto Cooler since I first realized that I didn't see it around any more. After Googling it too many times, I resigned myself to the idea that I'd never have it again.

Then there were rumors of Ghostbusters 3... then Ghostbusters games came out on all the major video game systems and I started to hope that maybe Hi-C would bring it back and I could drink it again... but no.

Earlier this week I saw on Topless Robot's twitter feed that a group called Ghostbusters: Chicago Division posted a video with a recipe for Ecto Cooler!

Well I grabbed a pen and jotted it down! 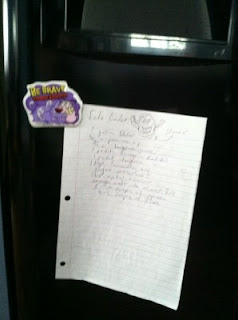 In case you can't read it, here's a link to the G:CD Ecto Cooler page with the ingredients.

I traveled all over Indy searching for each ingredient. I went to 3 Targets, a Whole Foods, a couple Marshes, and a Kroger before I found everything. 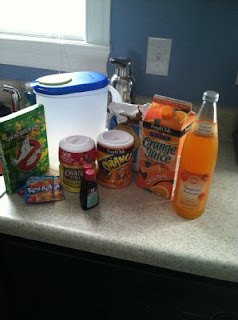 I mixed up a pitcher of the good green glory: 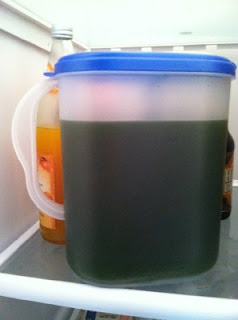 But I wasn't quite ready. I had to make the proper drinking vessel for such a liquid link to the past: 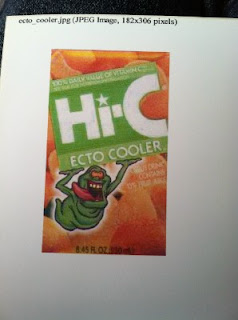 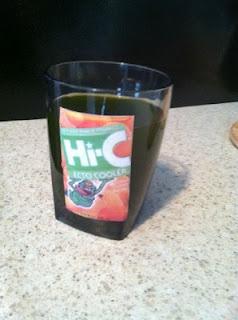 And then I drank. 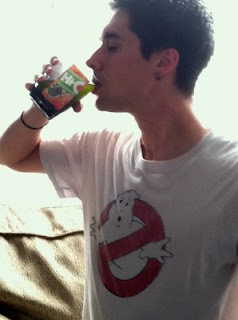 It's pretty good. If that's not what Ecto Cooler used to taste like, it's close enough to satisfy this geek's nostalgic thirst.

Oh, here's the video from which I got the recipe: