Happily Ever After... And Then!

Posted by sethifus at 6:54 PM No comments:

Labels: and they lived, fairy tale, From the Ponder Couch, happily ever after, love song, original song, Ponder Couch, seth I pederson, Sethifus 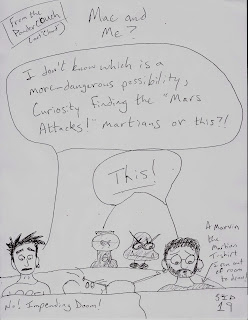 Posted by sethifus at 6:51 PM No comments: 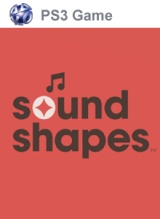 I have been obsessively playing a game for the last three days.  I game often, so this isn't the first time this has happened, but it is still a rare enough occurrence that it bears noting. The game in question is Sound Shapes on the PS3 and Vita.   It is a side scrolling platformer with an interesting hook, everything in the environment dynamically adds to the soundtrack.  It's a very simple game.  The color palate is made of very few solid colors. The ultimate goal is to collect coins that each add a beat to the soundtrack.

The affect, however, is much more than the sum of these parts.  Each stage starts off very serene with a barren score.  Then slowly you start to collect the beat coins, and the song comes together bit by bit.  On top of this, there are often creatures and mechanical pieces in the environment that each add their own beats to the song while simultaneously giving you obstacles to best in the stage.  The whole experience, to me, feels like an original means of offering interactive music games, which is a genre in desperate need of a face lift since just about everyone seems to be getting sick of storing plastic instruments in their house. 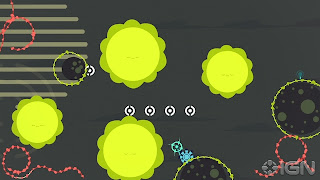 As you can tell I am a bit of a fan, and with good reason.  I have been unable to put this game down since I started.  I am still knee deep in it, as after beating the story mode, a frustratingly difficult challenge mode is unlocked.  The game also has a pretty robust user creation suite which opens endless possibilities of level and song designs from the talented members of the community.  This is on top of the original beats by Beck, Deadmau5, I Am Robot, Proud, and Jim Guthrie. 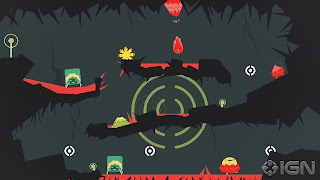 If you have the means, pick this game up.  It is not one to miss, and at 15 dollars, it has immense value for your money.  Now if you excuse me, I am going to go play some more.

PS.  Image Credits obviously go to IGN.  If you're going to steal, steal from the best kids.
Posted by Spleenmuncher27 at 3:07 PM No comments:

Posted by sethifus at 8:36 PM No comments:

Spike is usually a fish... 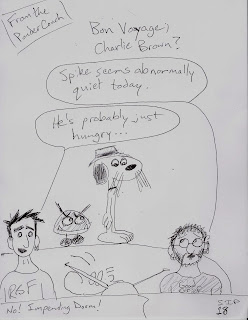 Posted by sethifus at 8:34 PM No comments:

Waiting is for Chumps.

Posted by sethifus at 7:53 PM No comments: