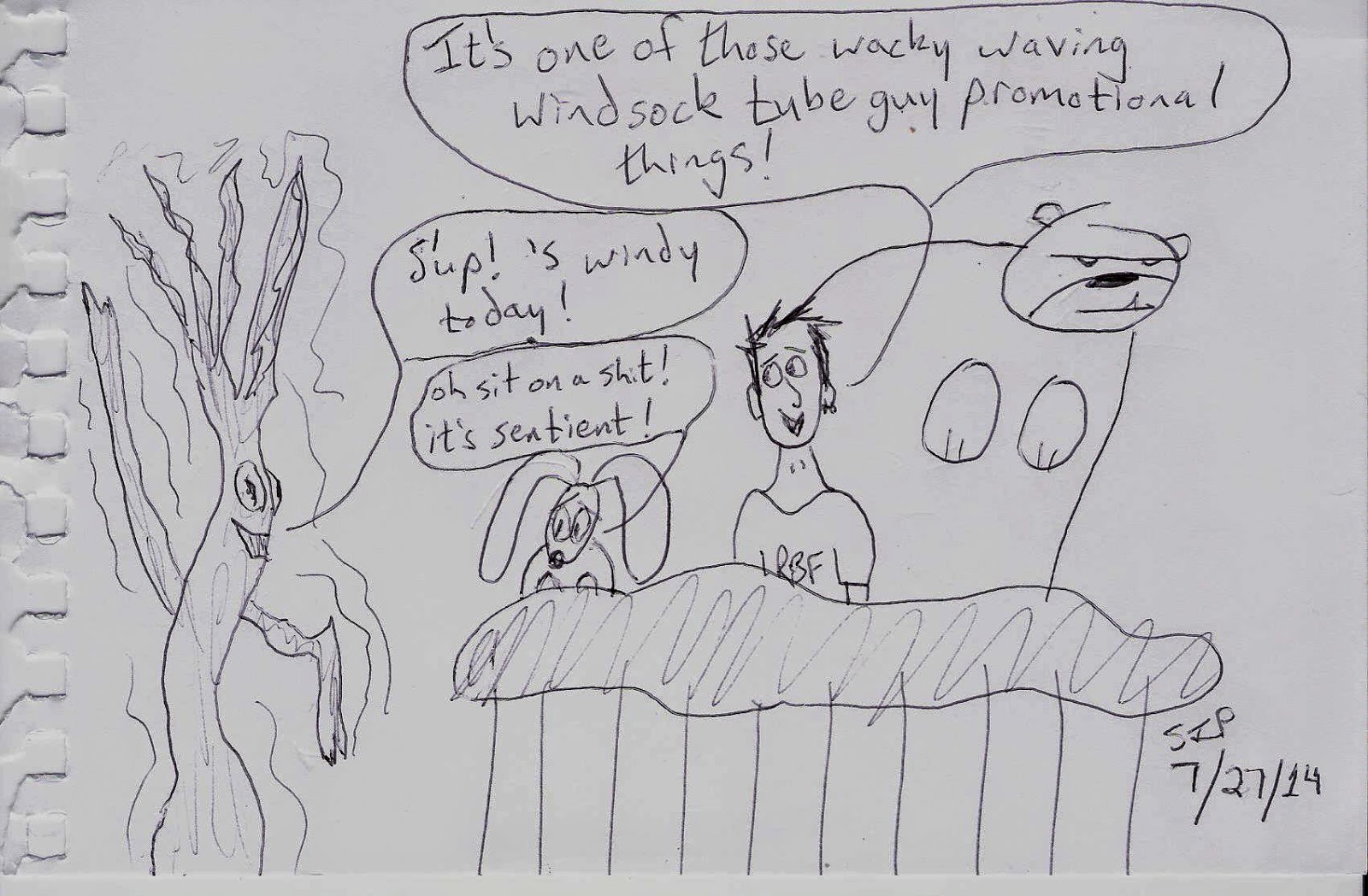 Posted by sethifus at 7:59 PM No comments:

I added music and the 3rd verse Hobbes refers to in the last panel!

If you have any suggestions for, questions about, or wish to contribute to Project CALVIN and HOBBES, comment below!

Posted by sethifus at 6:46 PM No comments:

I found a thick little travel notebook in a box the other day. We kept it in our car and started using it around 2009-2010 and it was full of grocery lists, doodles, and pre-us-having-a-smart-phone google map directions we'd jotted down for various excursions and purposes.

It also had this: 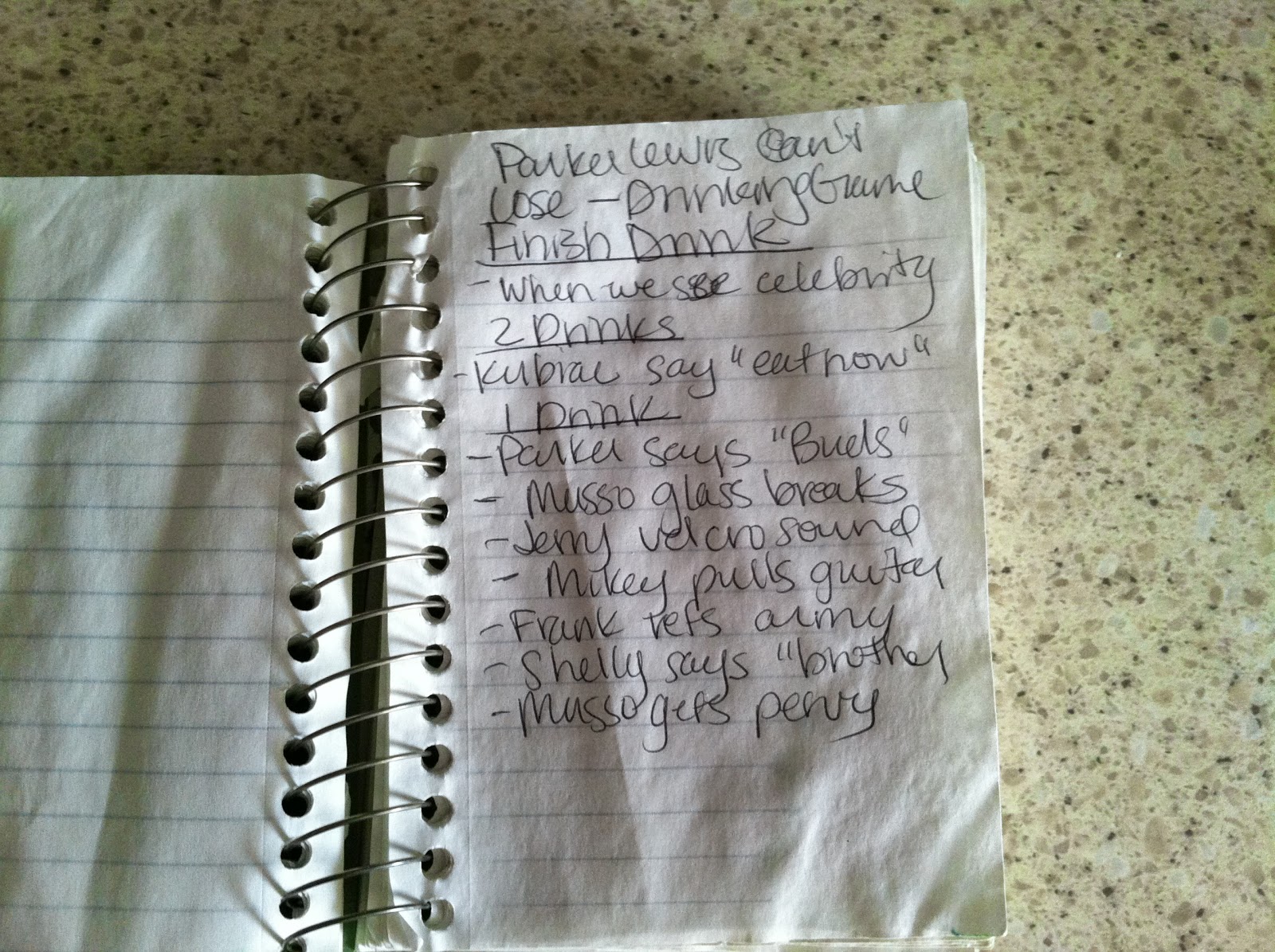 It's a drinking game Princess Melawesome and I came up with for "Parker Lewis Can't Lose"!

If you are not familiar with PLCL you, my friend, are missing out! It was a lot like "Ferris Bueller's Day Off" and most likely a ripoff of it (there was a Ferris TV show, but I haven't seen it), but that doesn't change the fact that I love this show. It was about Parker who was popular, had a couple best buds, a conniving younger sister, and a principal who was out to get him. It was more silly than Ferris. It had a heightened reality feeling (somewhat like "Wonder Falls" and "Pushing Daisies") that made it the kind of show that I wish I had on DVD on my shelf. (I don't). It also had Abraham Benrubi who I've thoroughly enjoyed in other roles in other shows and movies.

You can read more about it here!

Now on to the Drinking Game!

This was written down by Princess Melawesome. I don't remember coming up with it, so I'm going to say she made up! Thus she gets the by line picture at the bottom! (which I've only gotten to use once before).

Finish Drink
- When we see a celebrity.


That's it! It might not seem like much, but all of these things happen enough that they are plenty for drinking purposes.

P.S. You can adapt these to exercise sets if you're not the drinking kind. i.e. 5 Jumping Jacks instead of 1 Drink, 10 Push-ups instead of 2 Drinks, etc. 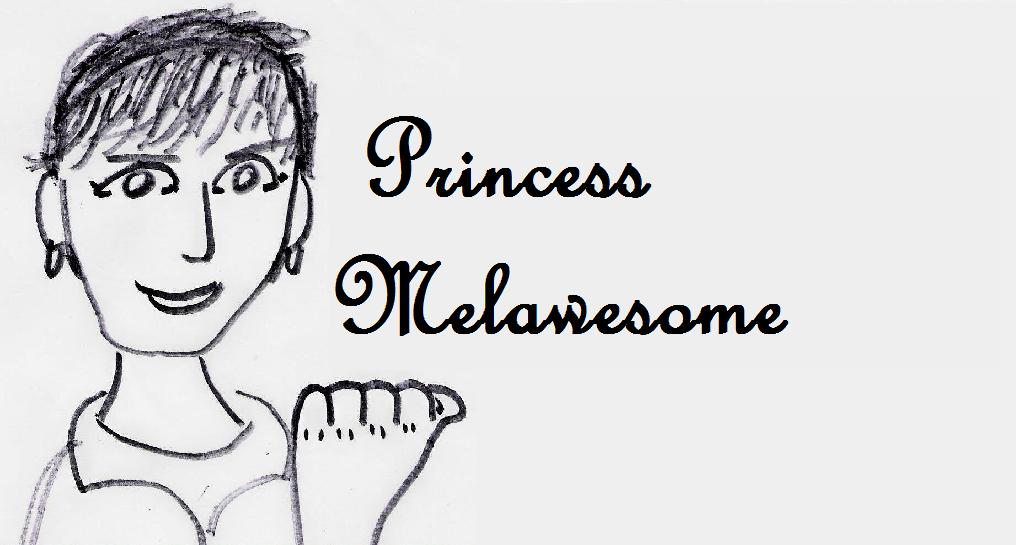 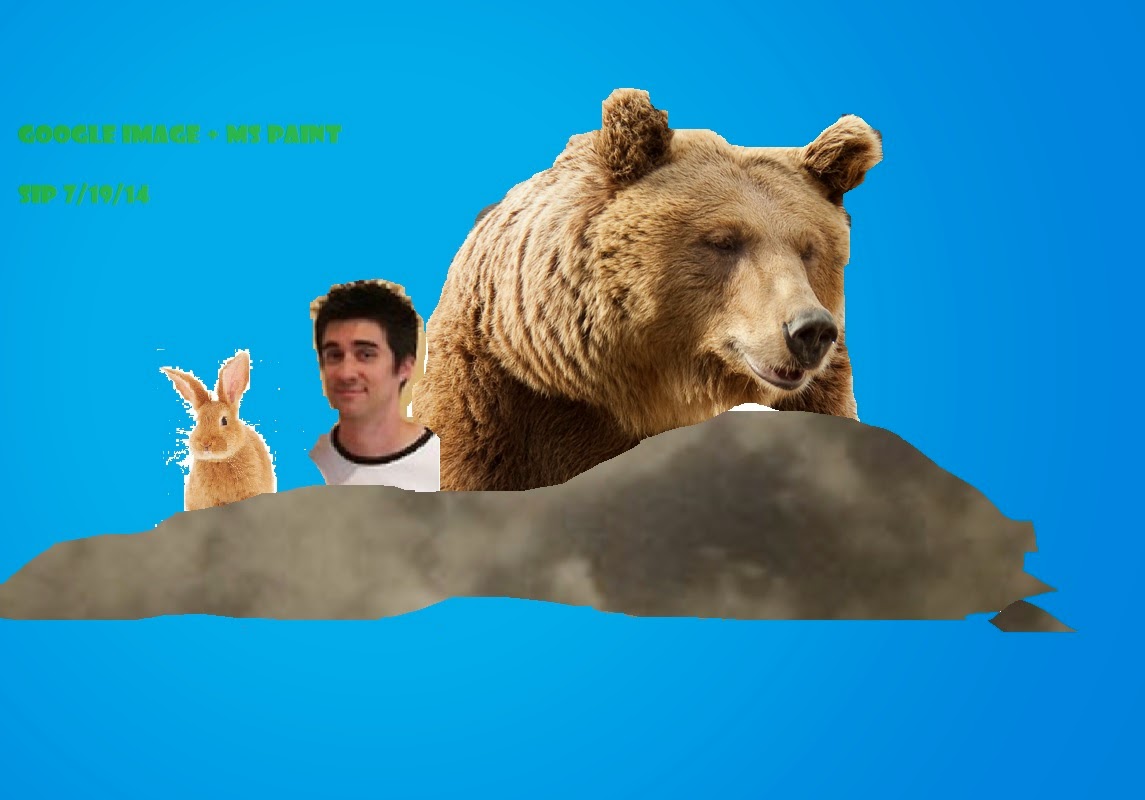 Posted by sethifus at 5:30 AM No comments: 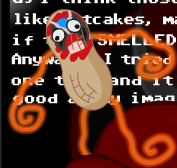 (Pic from the Homestar Runner Wiki)

In the sbemail Action Figure Strong Bad showed us the action figure he made of himself. He made it out of a peanut, 2 pipe cleaners (chenille stems, I guess they're called chenille stems now for some reason), paint/markers, and googly eyes.

I decided to make my own! 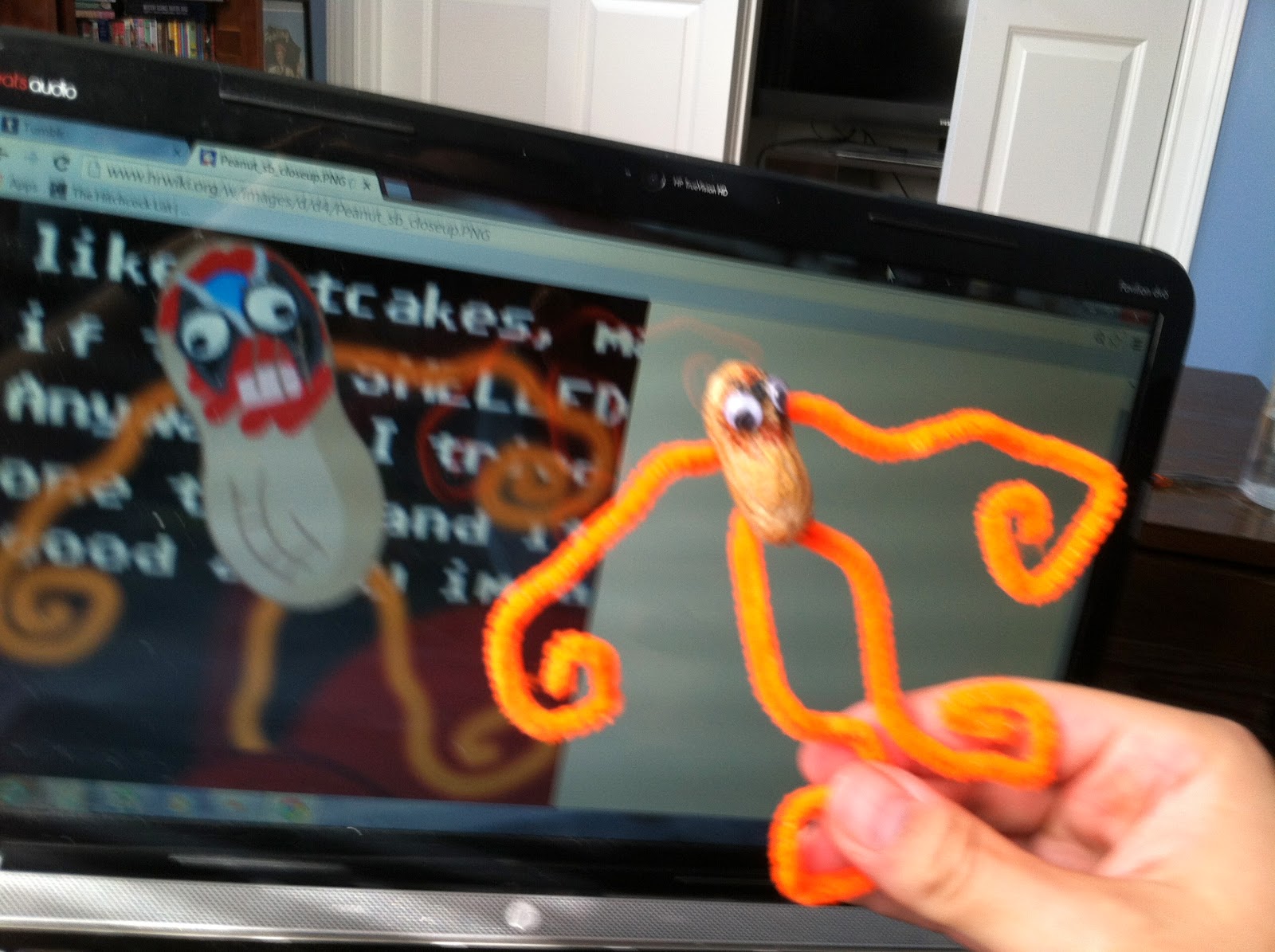 One thing I realized as I bought the materials is that the Brothers Chaps did not pay the best attention to the size of peanuts vs. the size of pipe cleaners/chenille stems and googly eyes. The biggest peanut I could find in the bag I bought is much smaller than the other materials than the one SB made. Are there bigger, jumbo peanuts available that would be more like the one SB used? 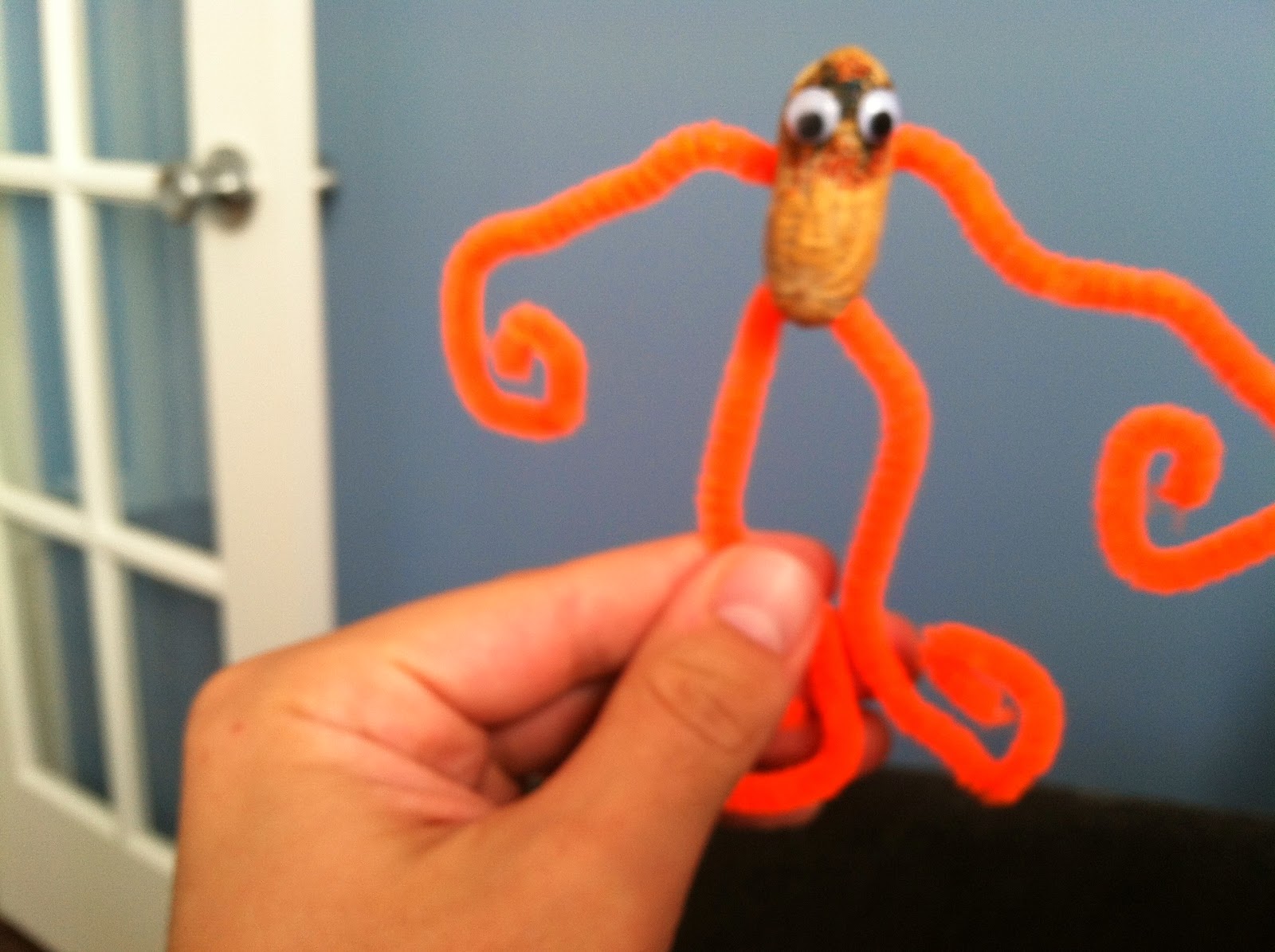 I think SB might've used paint to make the face on his action figure. I didn't have the right colors of paint, so I used Crayola markers. 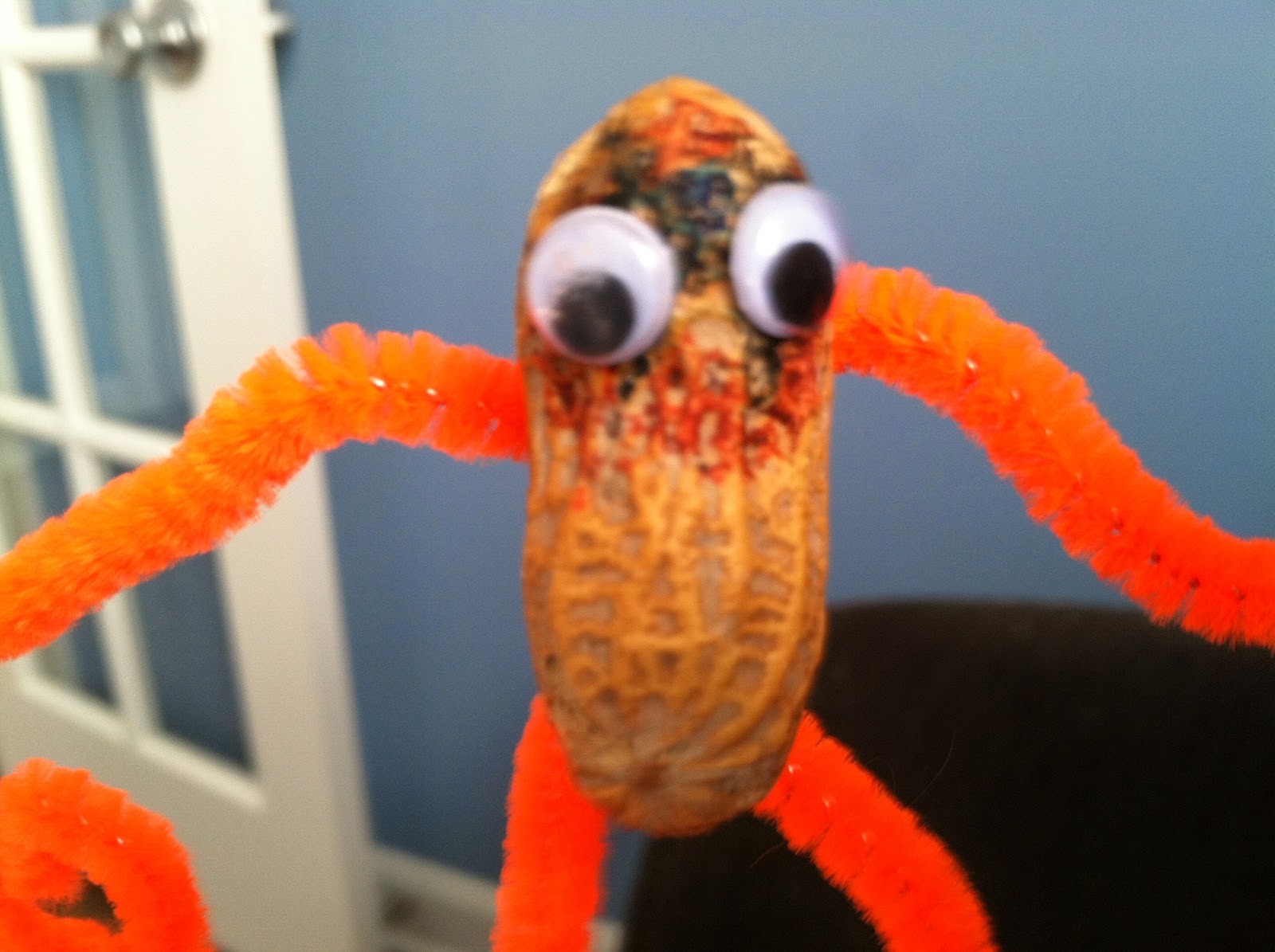 So my action figure's face isn't as clear as SB's. It was hard to get the ink into all the crevices. And the colors ended up darker on the peanut than I was hoping.

Even though it is not exactly the same as SB's, it is now Made Real!

You can see SB's Peanut Strong Bad action figure in the sbemails 2 emails   and   diorama ! 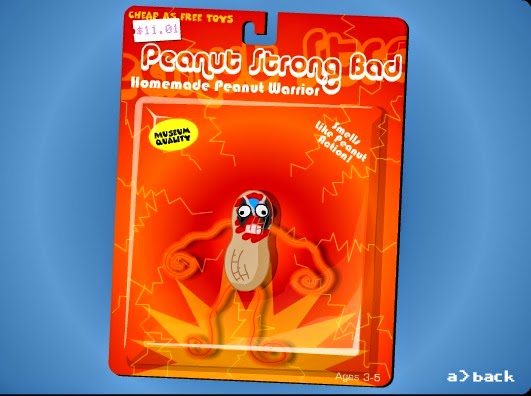 (Pic is a screenshot I made from the Homestar Runner site)

I suggest you make your own Peanut Strong Bad.

Have you ever Made Real something from one of your favorite properties? If so, tell me about it or link to it in the comments!

Posted by sethifus at 3:44 PM No comments: 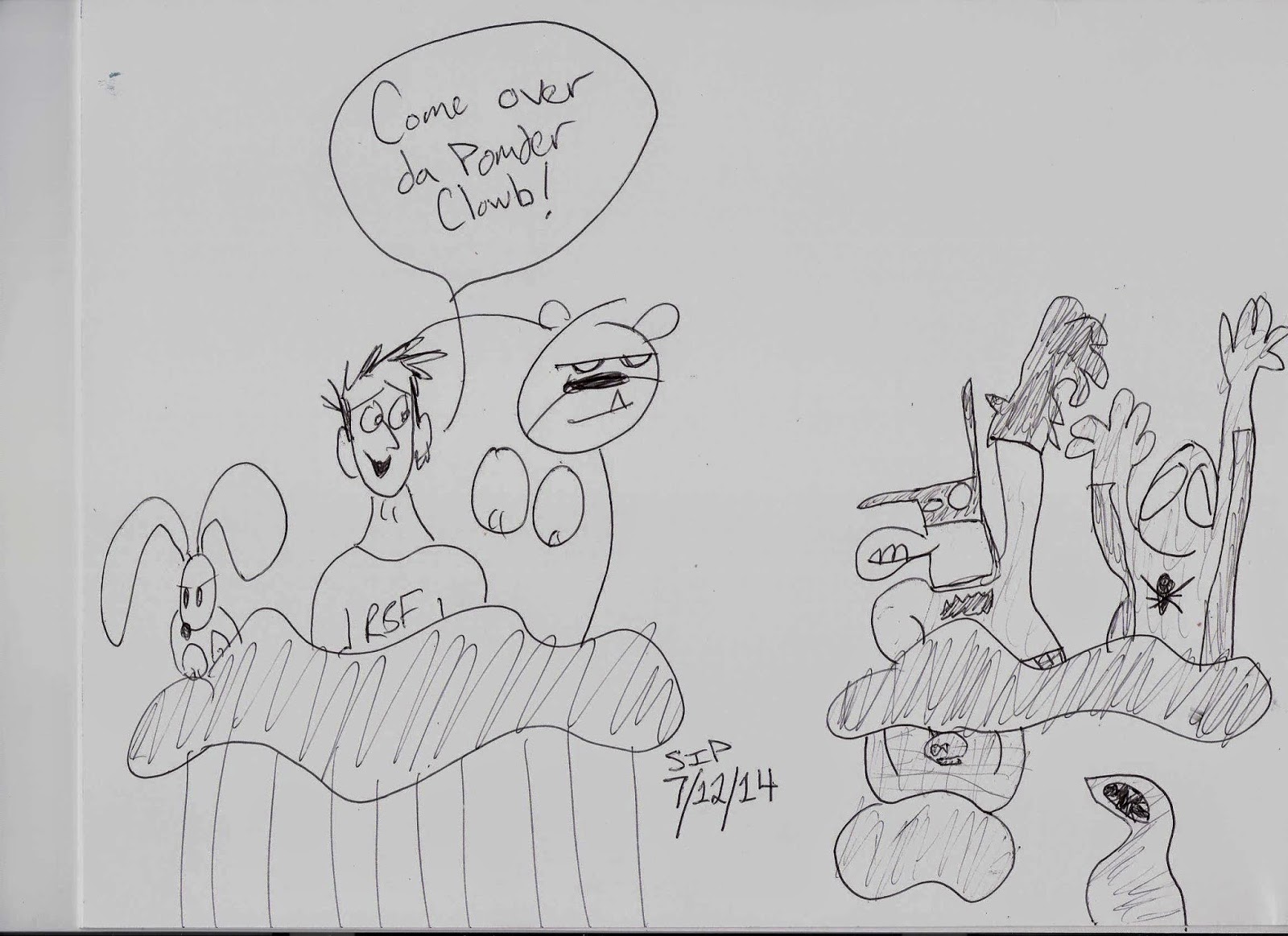 Posted by sethifus at 7:24 PM No comments:

Remember last post when I said that Strange Kids Club was one of my top geek sites? Well, now they are even more so!

Go to this link (click anywhere on these words) to read my review of the Junior Novelization of "Teenage Mutant Ninja Turtles II: the Secret of the Ooze"! 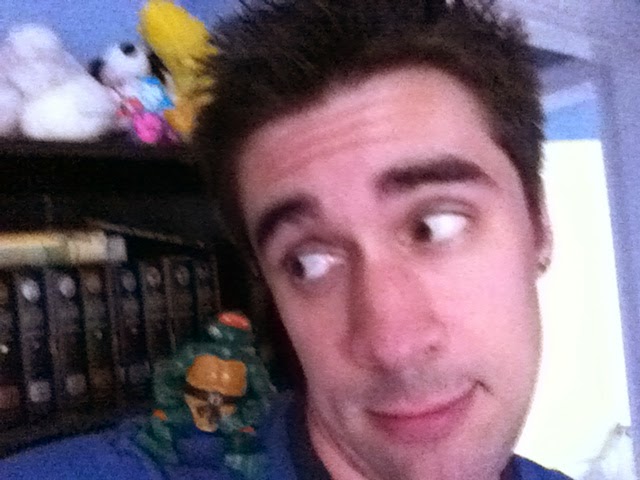 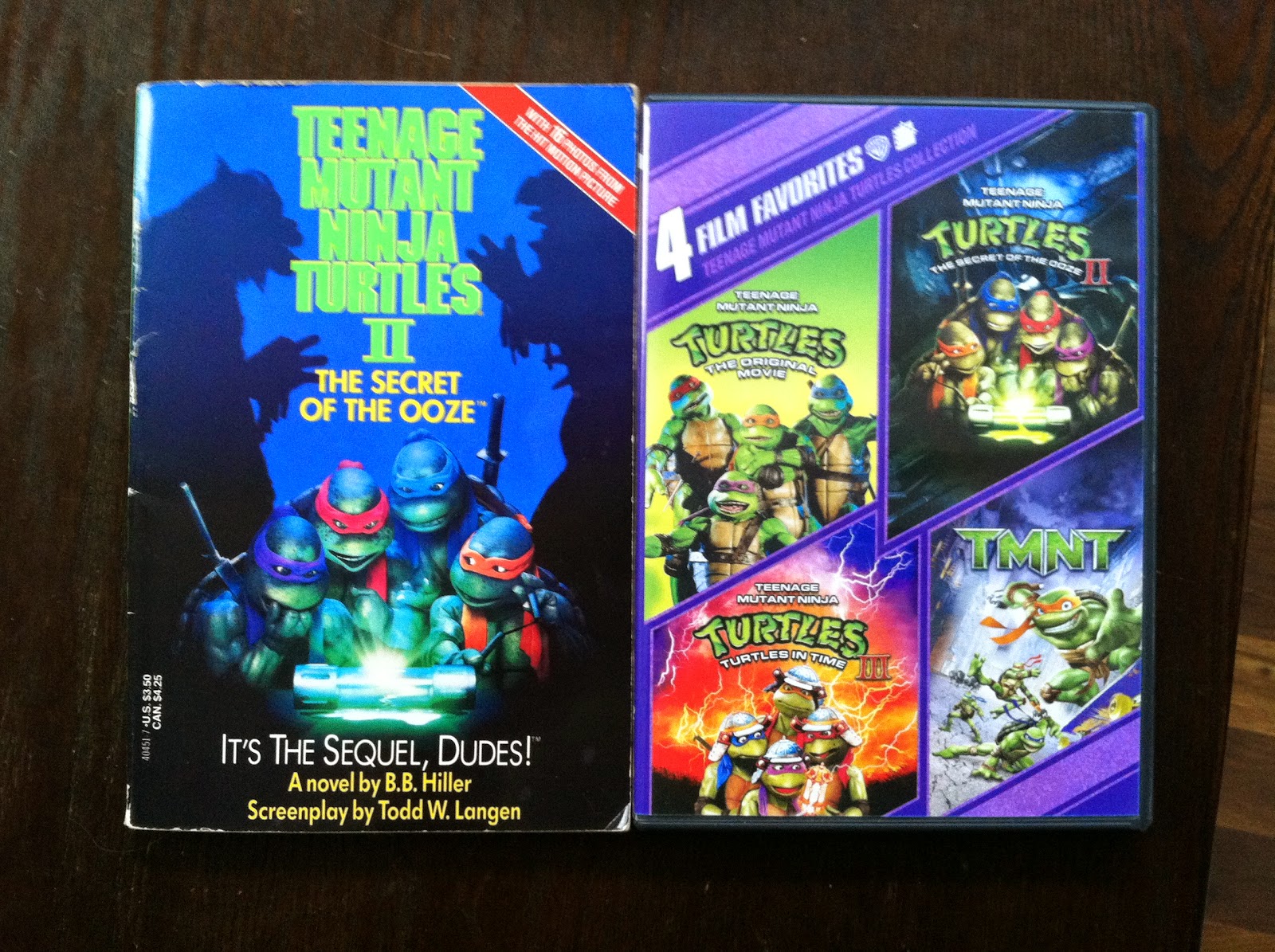 Sure, there are some grammatical mistakes here... there... and a few over there in the article, but I don't think that's any worse than the usual Ponder Couch posts! And Strange Kids Club posted it! Hip, hip, Huzzah!

As geek has become chic (Sheik, like the Iron variety!) there have been many, many, MANY geeky websites that have... become... around...

Here are my favorites (besides pondercouch).

Geekologie is always one of my first stops when I'm looking for some internet geekery! They often post the same geek-related stories as other geek news sites, but I like the guy's self deprecating slant and recurring jokes about hating robots (because they'll kill us all) and wanting to sex up dinosaurs!

The Strange Kids Club posts lots of geeky nostalgia such as 80s horror, cartoons, and stuff like that. Right now they are doing a month of TMNT posts! They have also put out a zine (4 issues so far!)! The store also has exclusive toys, shirts, and other crazy crap for Strange Kids.

The SKC put up an article about my collection of defictionalized products and my Monster Cereals drawings for a contest, so I'm a bit biased towards this site.

Cereal Prize is a site much like Ponder Couch in that it is all about stuff that Topher Grace (Eric from "That 70's Show") likes. He likes a lot of the same kind of stuff I like. In fact, he recently put up a list of defictionalized products! This is my favorite site on the internet!

I have referred to DinoDrac in a few other pondercouch posts, and will probably continue to do so as it inspires more posts.

DD is all about stuff that Matt's interests, which run the gammet... gammut... gamet. which run the race to the finish line. From dinosaurs, draculas, and other scary monsters and horror movies, to kitschy candy containers and soda can art, DD covers many of the things I love in my deepest geeky heart.

Each year he spends the holiday months focusing on all things Halloween and Christmas!

Before DD Matt ran the site X-entertainment, which was pretty much the same site as DD, just written by a younger person with less website savvy. I was unaware of X-entertainment until I found out about DD. Many other sites have stolen pictures from different X-entertainment articles, which is a shame.

Anyway, I could go on and on about how much I love DinosaurDracula and wish it would update every day. Unfortunately I don't think Matt makes any money off of the site, so he can't focus on it every day and sometimes it goes weeks or over a month without and update.

Yep, it updates as sporadically as the ponder couch. Although, if I had as many followers and committed readers, I'd probably update more consistently.

Check out those geek sites and feel free to comment with other suggestions or just to say hi!

Ponder and Enlightening comic for 7/5/14! 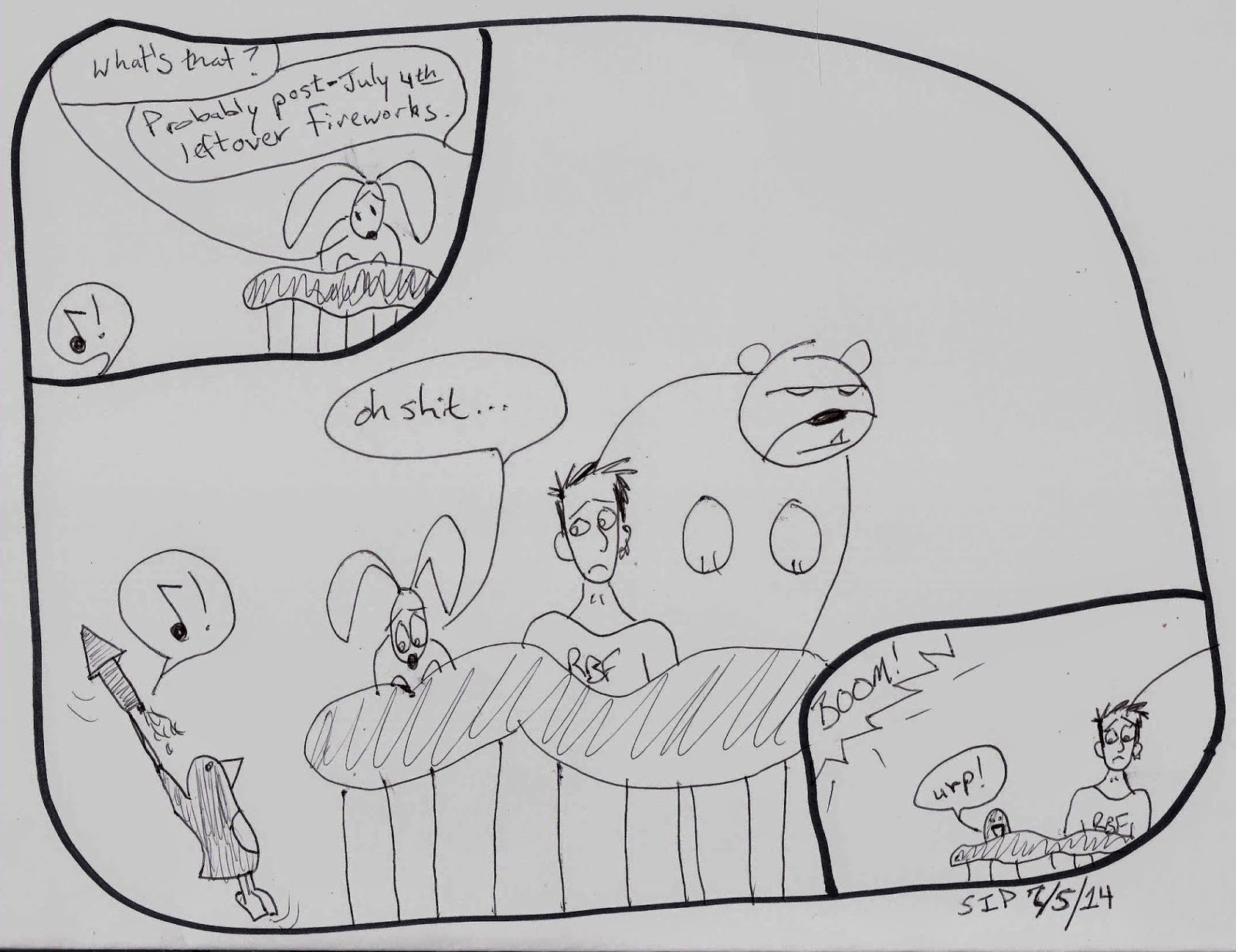 Posted by sethifus at 2:09 PM No comments: