3 THINGS I HOPE TO DO WHILE I'M STILL ALIVE!

Some people call these kinds of things Bucket List Items. I don't care for that term, but have not yet come up with anything any better.

I would love to visit all those picturesque places you can see amazing pictures of in those clickbate buzzthing articles, but I probably won't make it to any of those places. So here are three things that might be possible to do in my life time!

1. I want to slide down a firefighter's pole in a firehouse! 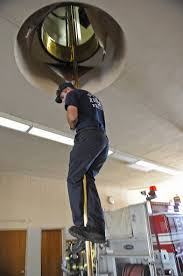 When I was younger and in the phase of designing dream houses, I always included a fire pole to get between floors. I got to go down a similar pole on one of the local playgrounds, but that was out in the open. I want to experience sliding down a pole to get from one room to another. 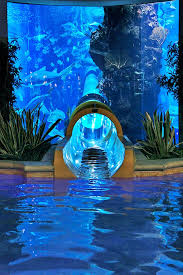 ... that goes through a Shark Tank!

It's at the Golden Nugget Hotel in Las Vegas! It could happen! It sounds amazing.

3. I want a picture with Grover! And I want it to be with the real Grover Muppet! I want to either be hugging him or have his arm around me! I drew a comic of this once. It's somewhere in the Ponder and Enlightening archives!

HOW CAN I MAKE THIS HAPPEN? INTERNET, PLEASE HELP ME!

There are other To Do's, but those all involve making money off of my creativity and other things that are less likely than these three. 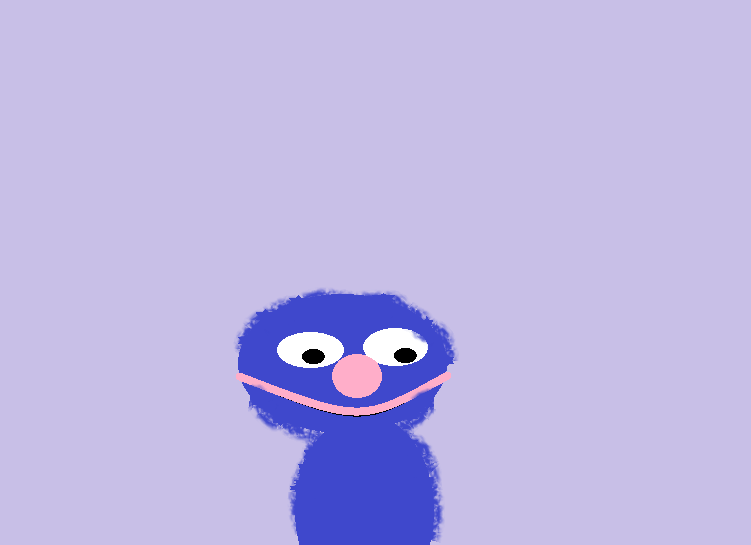 Window Pane
Window Pane
you are clearly
visible.
Though I can
see right through you.

Light Bulb
Light Bulb
You blossom
full-bloom
at the flick of
a switch.
Then wilt
at another.

4 Walls
a floor
1 ceiling
adore.
Posted by sethifus at 5:42 PM No comments:


Today's Thing-a-Day Thing is my Disney Princess Karaoke version of "Let It Go" from "Frozen"! And I sing the crap out of it!

Want to encourage this sort of thing? Click here!

Back on Day 11 I put up this video

Here's the MSPaint art I made for it! 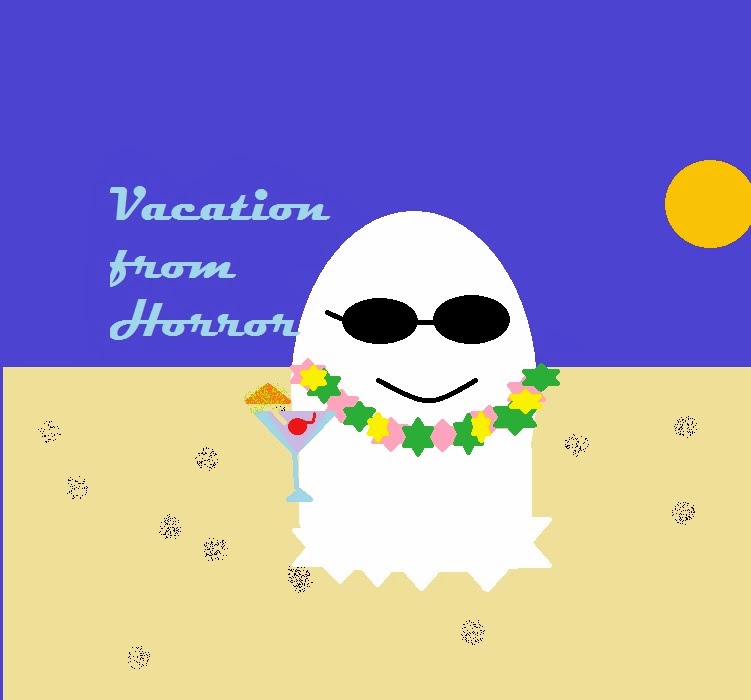 This is my Thing-a-Day Thing!

Wanna support me, but don't want any music? That's cool. Click on these words.

Awhile back I entered the tiny desk concert contest with this song:


Today I finally put it up on my bandcamp page! You can download it now! That would be pretty cool.

When I put up a new song on my sethifus or MisterSeth bandcamp pages, I make some art to go with each new track. Here is the art for "You + Me + Netflix"! 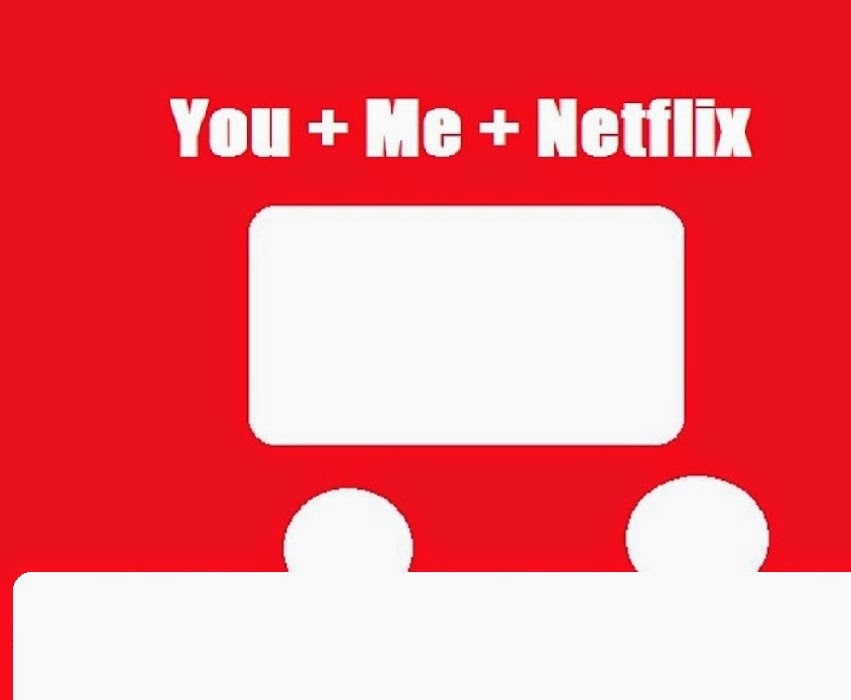 It is today's Thing-a-Day thing!

Don't want to buy my music, but still want to support me as an artist? Click on these words!

Here's a video I helped my cat Monty make for his youtube page!

Posted by sethifus at 4:40 PM No comments:

So Lay's Potato Chips have a thing going on now where they ask people to submit flavors. 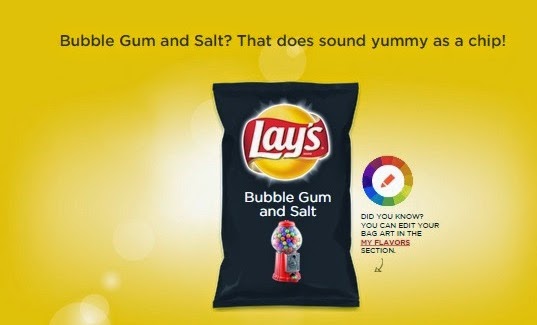 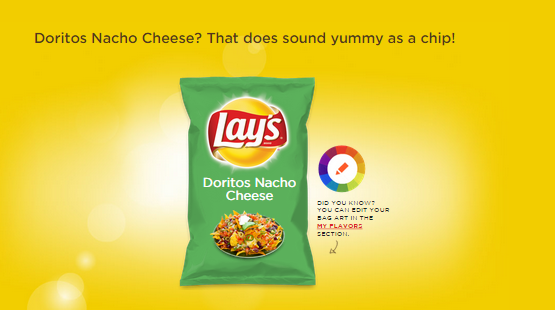 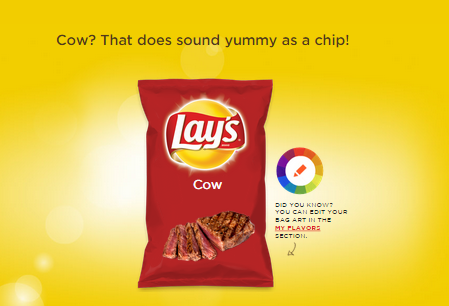 Beef might be more accurate, but Cow is more fun to say. "Cooooowwww..." 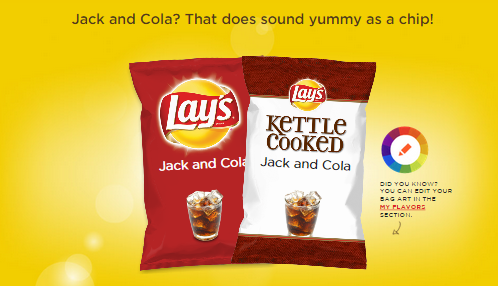 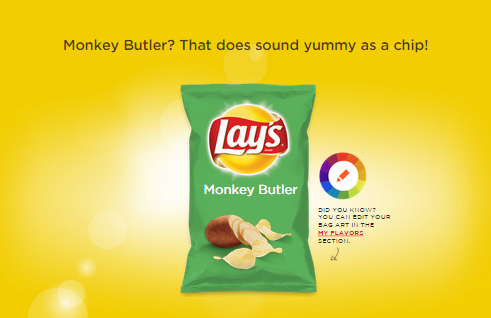 I want a Monkey Butler. I don't know if they'd taste good in chip form, but it makes me happy that there is now an image of a Lay's potato chip bag that says "Monkey Butler" on it. 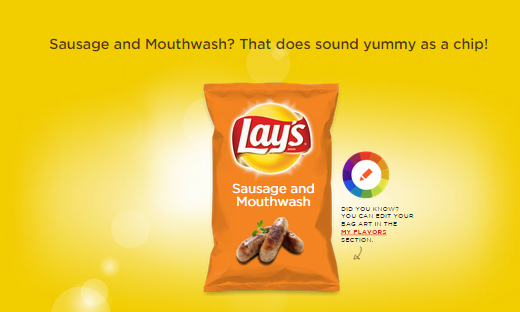 Sausage and Mouthwash. I had a dream where I ate a sausage called "Mouthwash". It was a normal sausage except the casing had a minty flavor to it. It was pretty good in the dream. 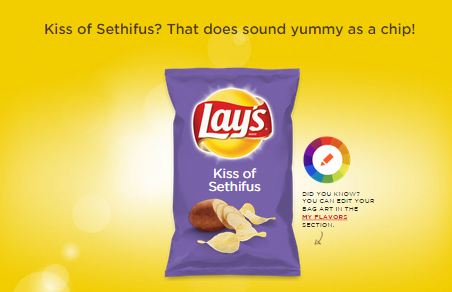 You know you want to kiss me. 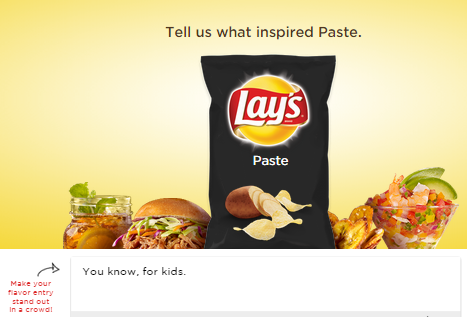 What kid hasn't eaten paste? There must be a reason. It probably tastes good (he says, pretending that he doesn't know full well how paste tastes (good)). 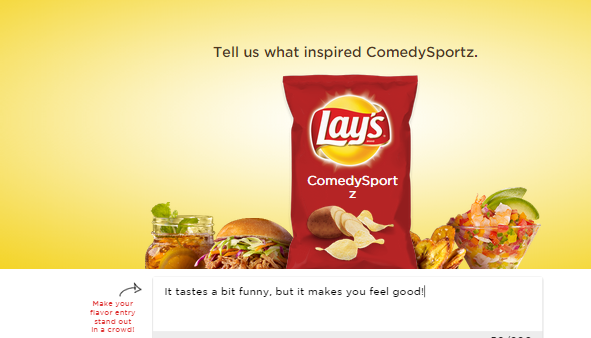 ComedySportz is hilarious and well worth your time. They should have a Lay's flavor.

I won't win this contest so I won't get the money. Wanna give me some money as a consolation prize?

Posted by sethifus at 5:09 PM No comments: 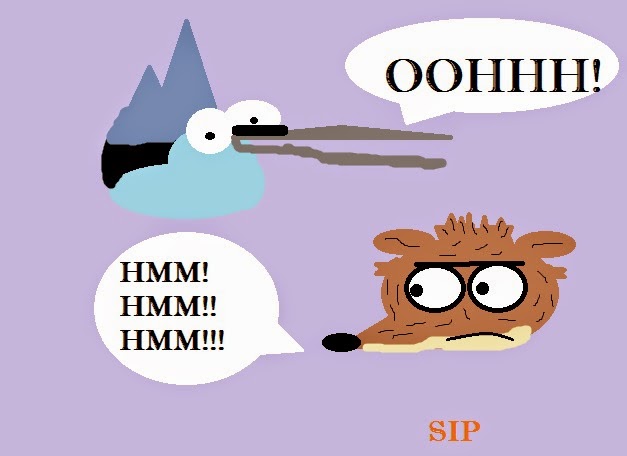 I like Regular Show a lot. So it's today's Thing-a-Day thing!

If you want to give me some money, I'll take it!
Posted by sethifus at 6:19 PM No comments:

Here is a lyric video I made with the song "Not the Same" from the album "Ben Folds Presents: University A Capella!". All the images are from a Google image search. I don't own the song or any of the images. Hopefully they don't make me take it down or sue me!

Help me raise money in case I do need legal help!

Posted by sethifus at 4:06 AM No comments:

Sheer precipice stacked
It finally came to this
Tomorrow will come.

Posted by sethifus at 7:24 PM No comments: 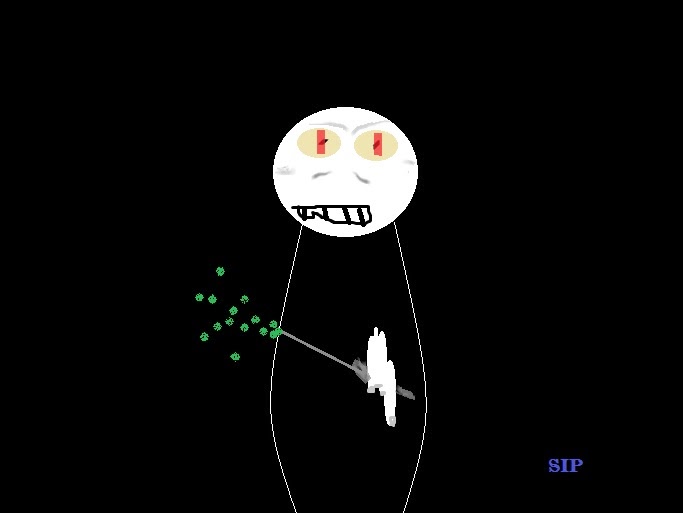 Want more MAGIC like this? Become my patron!
Posted by sethifus at 5:57 PM No comments: 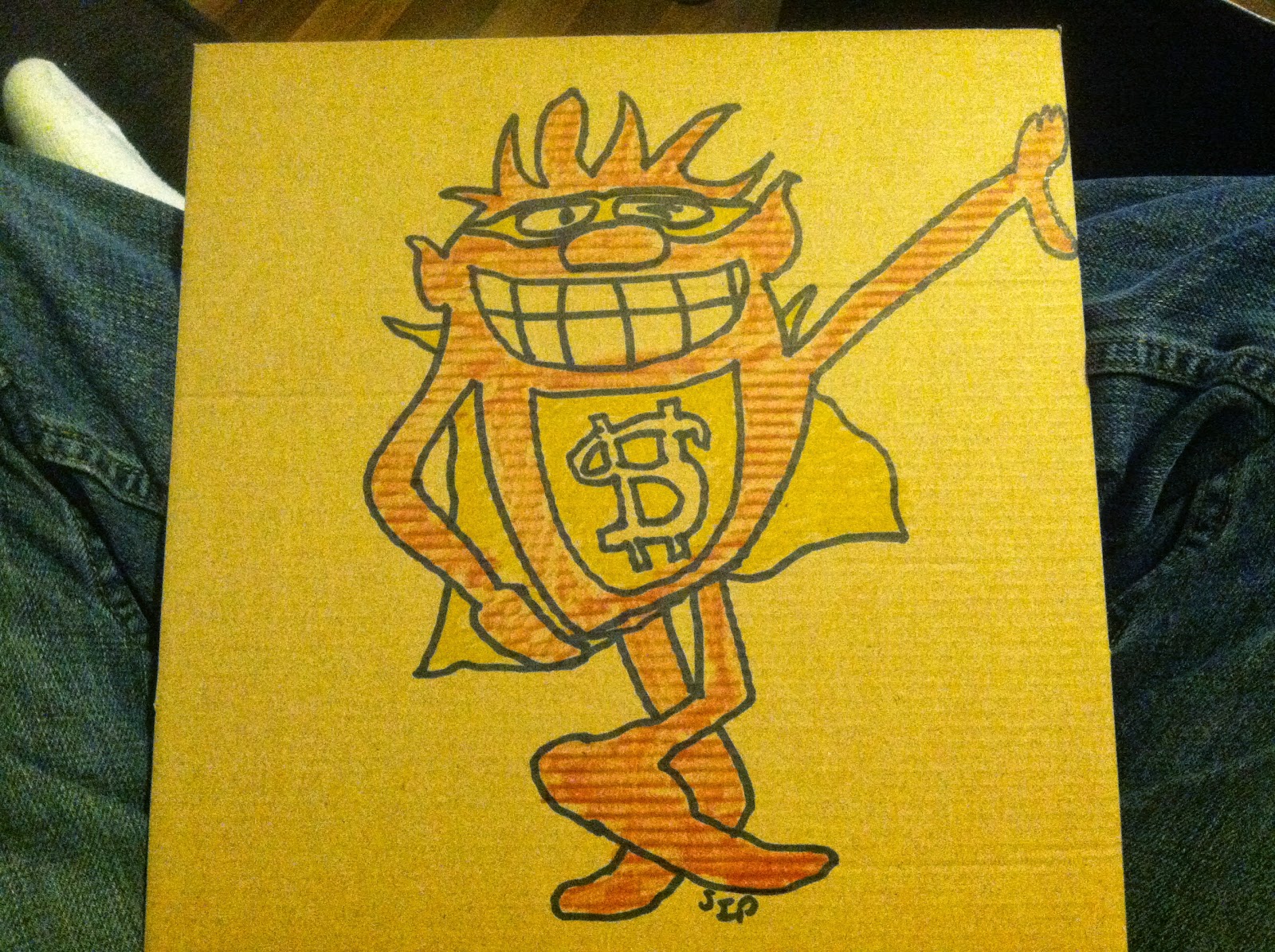 Oh well... today's Thing-a-Day thing is a drawing of a Whammy on cardboard!

I put it next to Garrison: 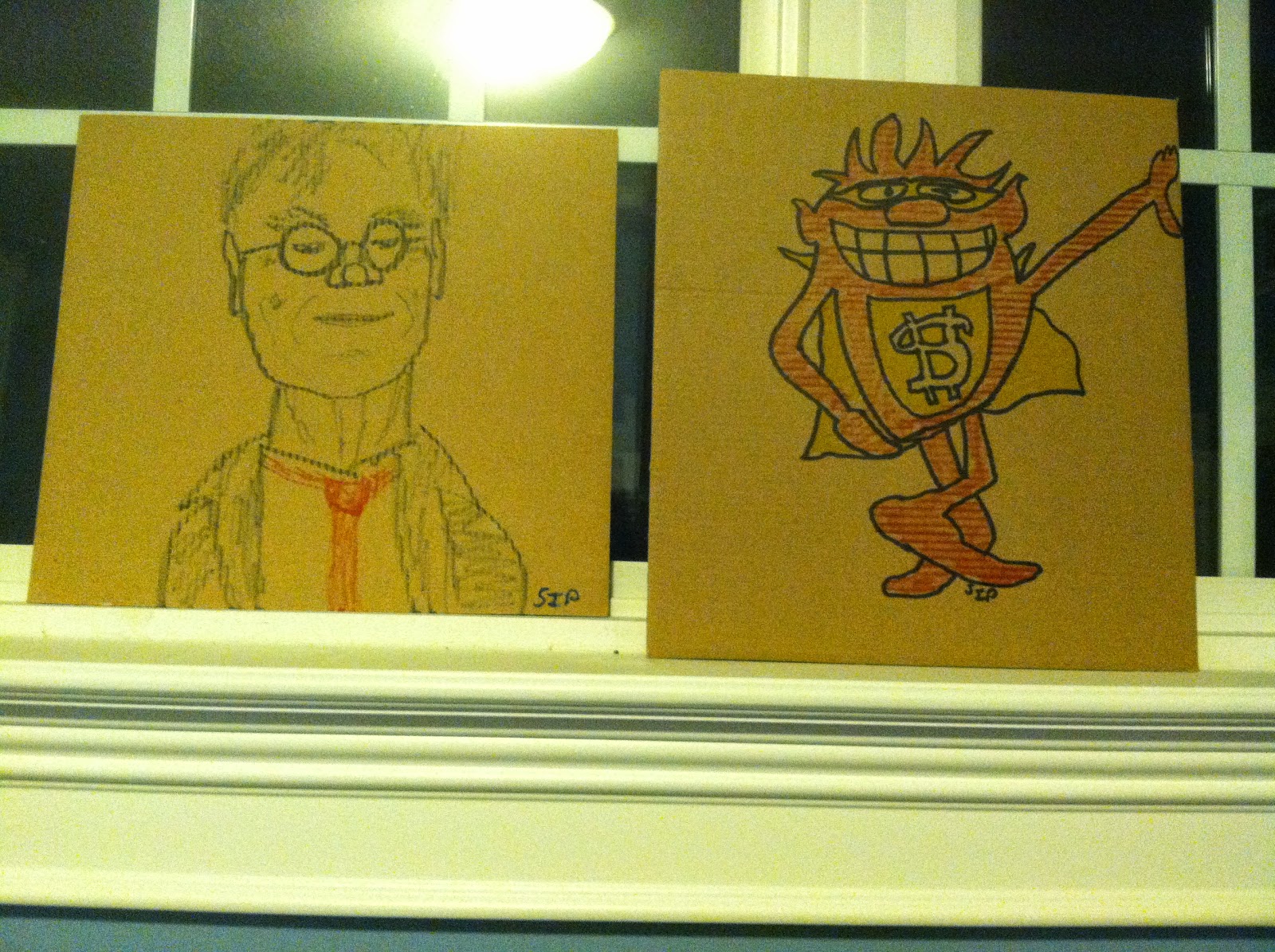 Wanna help me make some of the money back I lost to that durn Whammy? Become my patron!

Posted by sethifus at 4:37 PM No comments:

Please click on that link above, donate as much as you can, spread the word, etc!

Claire Wilcher is one of the funniest and most talented people I've ever met! She is raising funds to visit all 25 ComedySportz Improv Theatres around the country (and if she raises enough money, the globe!). She is my ComedySportz mentor and a dear friend.

So please DONATE and spread the word!

Oh, this is today's Thing-a-Day thing.

And if you have any money left after you donate to Claire, please consider paying me to be creative.

Posted by sethifus at 9:13 AM No comments:


Today's Thing-a-Day thing is the 3rd Episode of "Ray Endel's Touchy Feely Books"! I am a big fan of Ray's videos, and I know that this will become your new favorite educational online video series! It would be well worth your time to search out the other 2 episodes. Share this one with everyone who loved to learn!

Like this video? Help me make some of my own!

Posted by sethifus at 7:26 AM No comments:

Today's Thing-a-Day thing is my MisterSeth cover of the Winnie the Pooh theme, played on my so-out-of-tune work guitar!

Like it? Put a little something in my pocket!

Posted by sethifus at 4:17 PM No comments:

I haven't done much "Made Real" or "Project CALVIN and HOBBES" lately because... well. I haven't been able to come up with much.

But here is an idea I had back in October, but did not have the materials to do in October!

But I have the materials now!


So Calvin's Mom made him a superhero costume...

Well, when I was little my Mom made a superhero cape for me (with sleeves, because I asked for sleeves)... 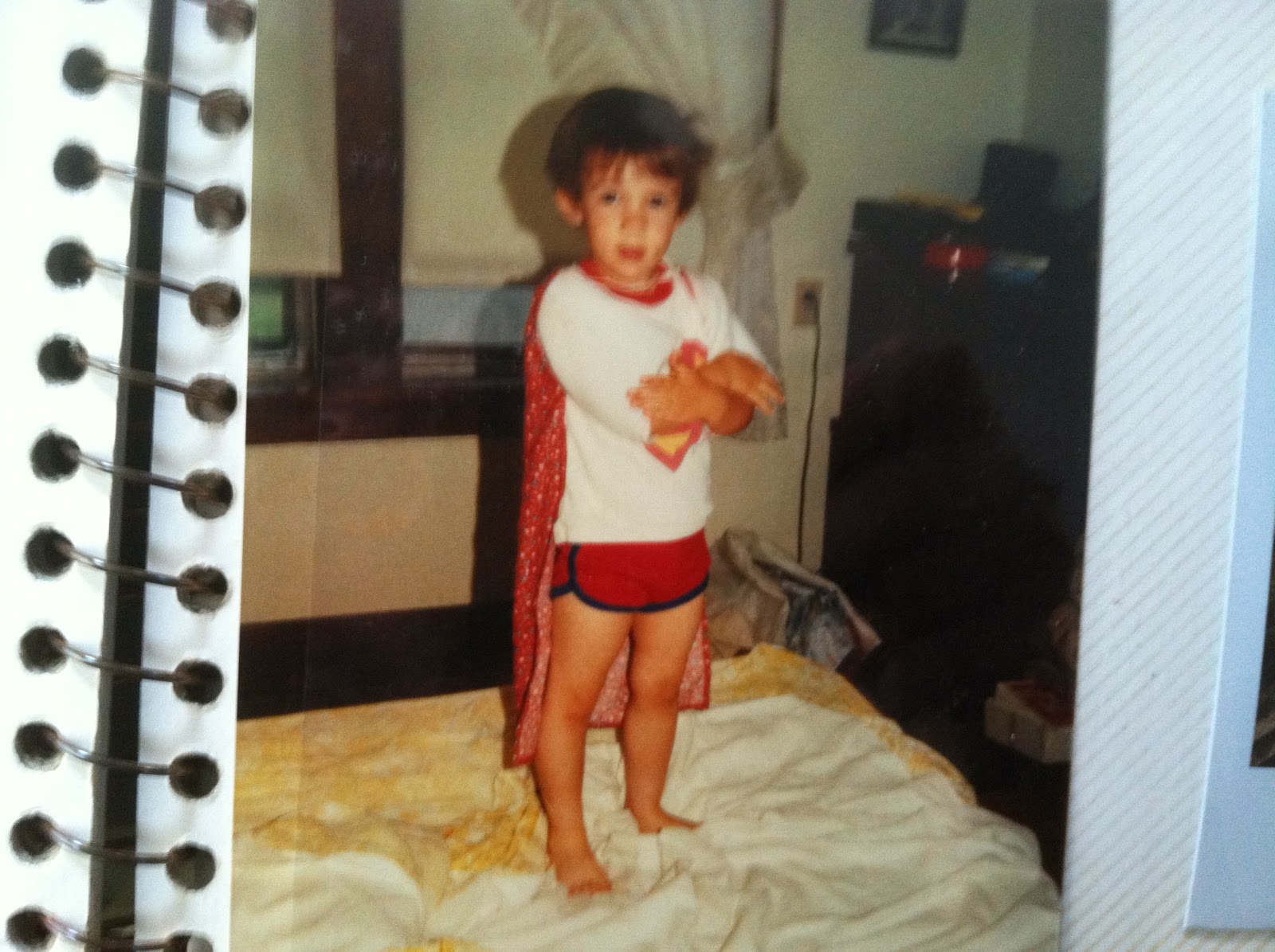 I still have that cape! 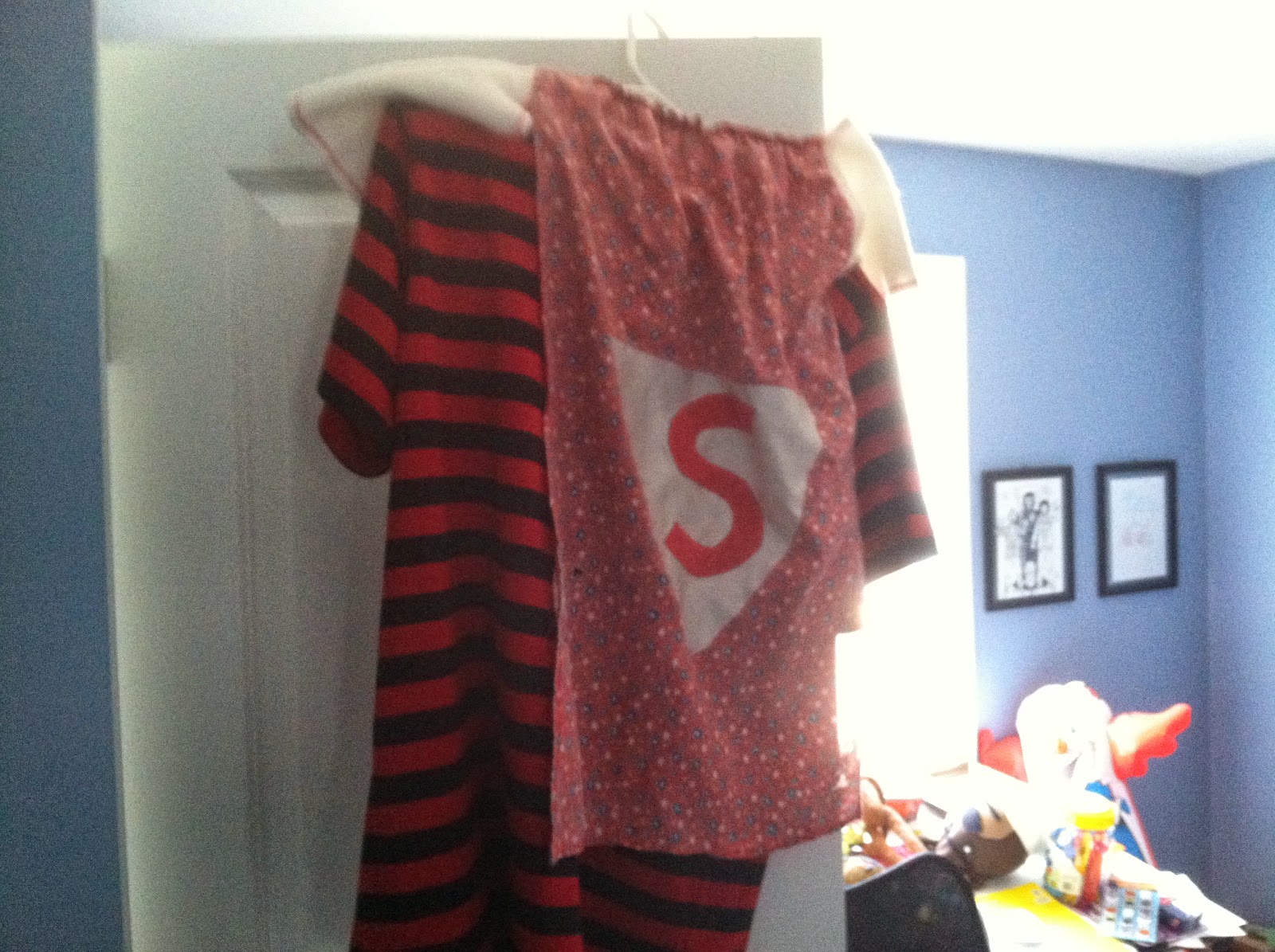 Granted, I didn't have a hood, and I called myself  "Super Seth" instead of "Stupendous Man", but I still consider them to be basically the same thing.


I plan to frame my super cape with sleeves some day, like people who can stomach sports frame old jerseys and crap like that. It would look lovely on the wall of my messy office.

Calvin dressed up as a dinosaur for Halloween one year! 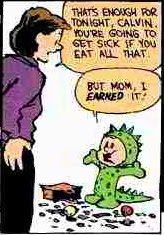 And when we were little Mom made many Halloween costumes for my brother Kyle and me! Including... 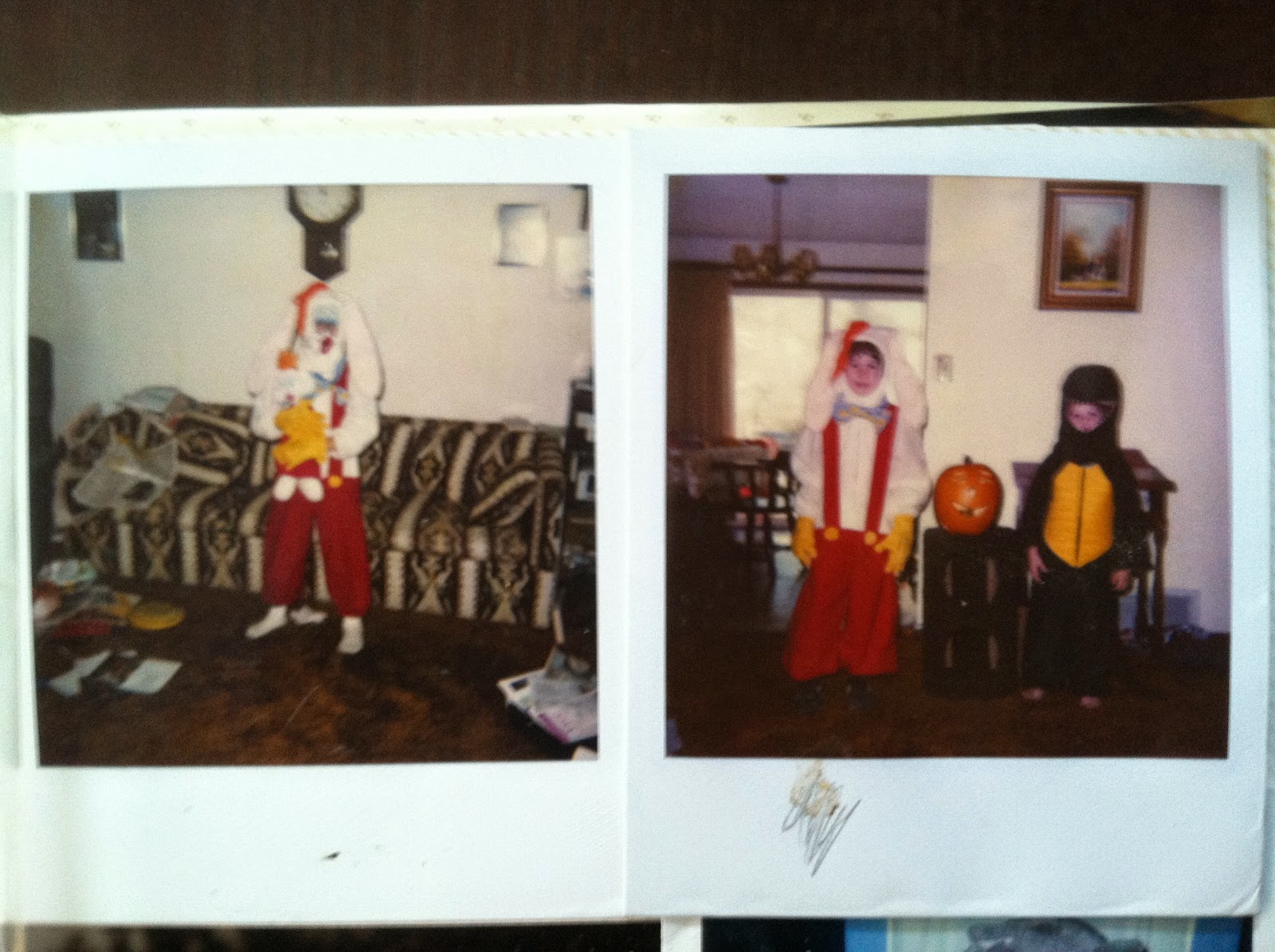 A dinosaur costume and a Roger Rabbit costume!

Kyle is in the dino costume in the picture. I don't remember for sure if I ever wore it for Halloween, but I for sure remember wearing it around the house.

And look at that amazing Roger Rabbit costume, without the face on the right (how it originally was) and with the face on the left (added later to make it more complete).

And we all know how much I love Roger Rabbit!

I'm going to keep giving you great stuff like this! Why not pay me? http://www.patreon.com/sethifus

Today's Thing-a-Day thing is this: 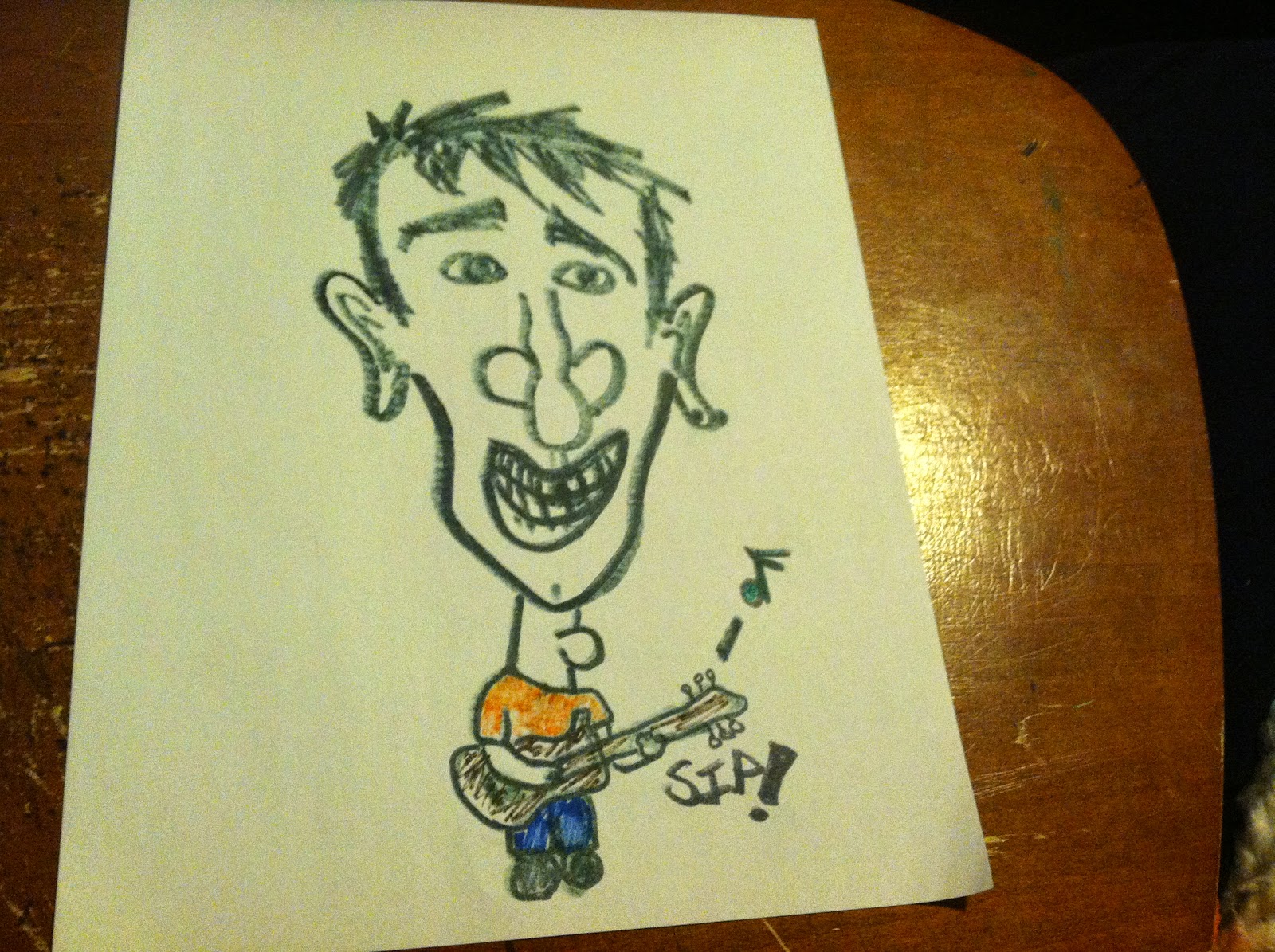 I caricatured myself! It's not very flattering. Although I made my hair look a little better than I intended to make it.


I'm a big, ol' narcissist so if anyone out there wants to draw a picture of me, go for it! I'll put it on the Ponder Couch and say nice things about you (as long as the drawing isn't horribly racist or something). I have a giant ego that's a fragile as Glass Joe's glass jaw. So... take that into consideration.

Hey. Wanna give me some money so I can maybe someday make a living making stuff? I would like that very much. http://www.patreon.com/sethifus

Posted by sethifus at 4:25 PM No comments:

Labels: caricature, draw me, give me money, Ponder Couch, seth I pederson, Sethifus, sketch me, thing a day

There once was a South Caroliner
Who met a blind date at a diner.
He said, "see ya lata"
'cuz she called him "Data"
for he looked a bit like Brent Spiner.

Want more limericks? Even dirtier than this?! Patronize me! http://www.patreon.com/sethifus

Posted by sethifus at 5:38 PM No comments:

Today's Thing-a-Day thing is "Circles" a bad MSPaint art piece. It's called "Circles" because there aren't any!

Want more bad MSPaint art like this? Help me out with some funds! http;//www.patreon.com/sethifus

Posted by sethifus at 6:17 PM No comments:

Today's thing-a-day thing is a song I wrote about monsters and tropical vacations!

I hope you love it.

I use a kazoo!

I play my new Sofia the First ukulele!

Posted by sethifus at 1:49 PM No comments:

With each well-thought-out line my mind is trying
to collect all the meanings they spout.
I went into the woods and got lost for good
and never shall find my way out.

If I were ever cast it wouldn't last
my mouth isn't nimble or shrewd.
My tongue would insist on turning a twist
to the roof of my mouth and stay glued.

My brains would be racked from trying to keep track
of each syllable I had to spit.
If a misplaced word ever occurred
I'd trip into the orchestra pit. 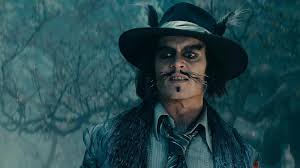 Posted by sethifus at 8:18 PM No comments: 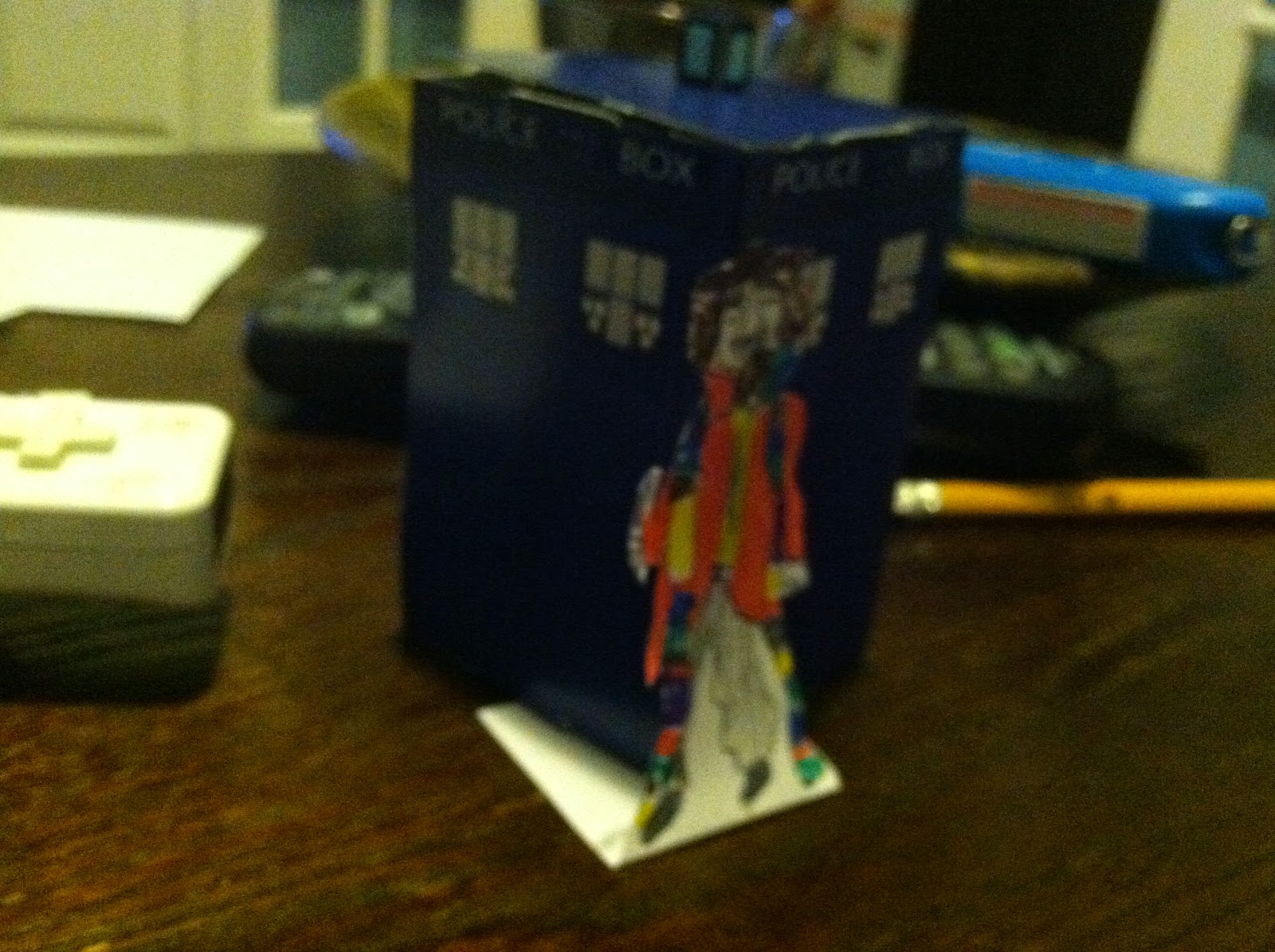 A paper 4th Doctor to go with my cardboard TARDIS!

Here are a couple other pictures: 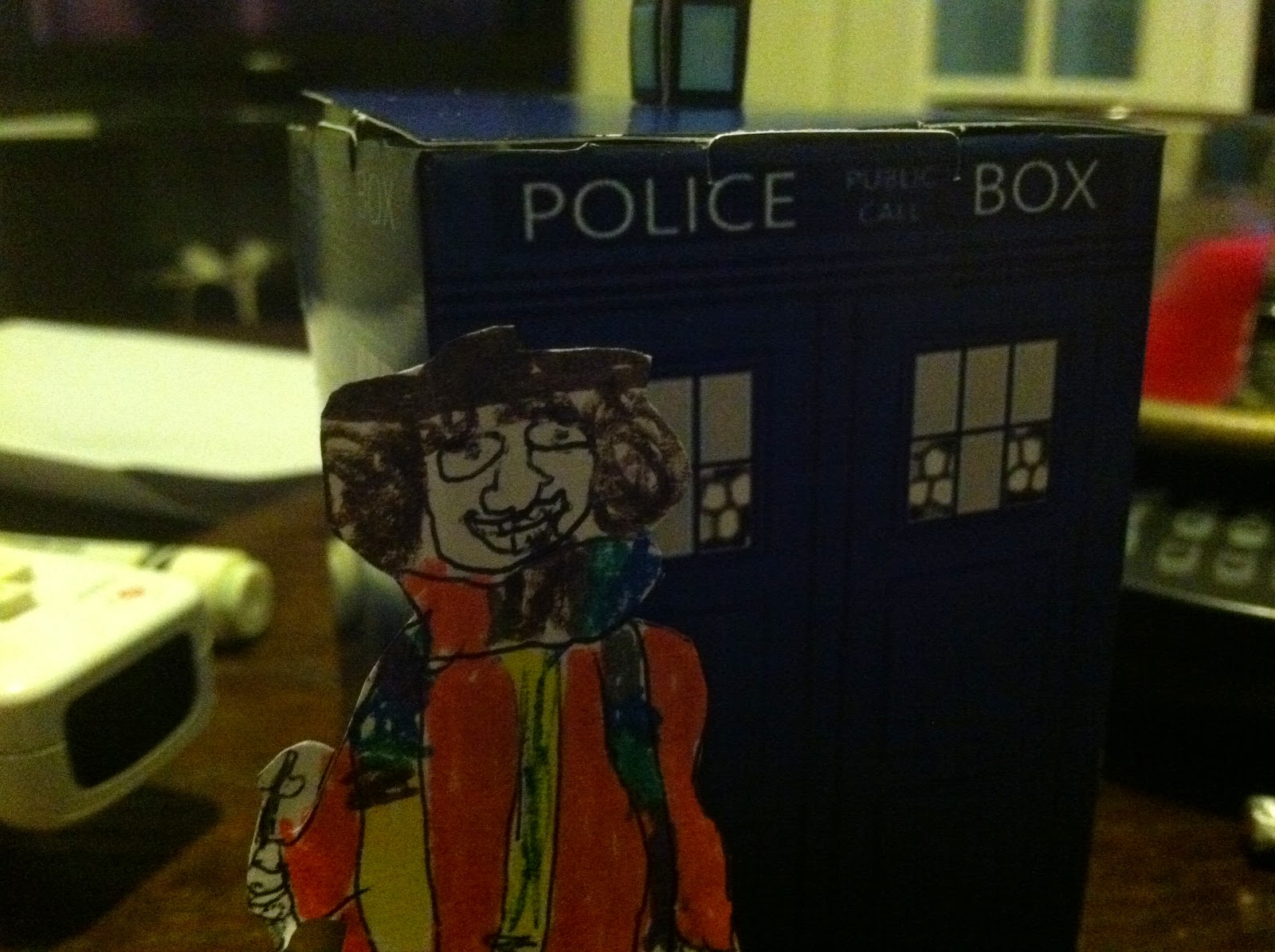 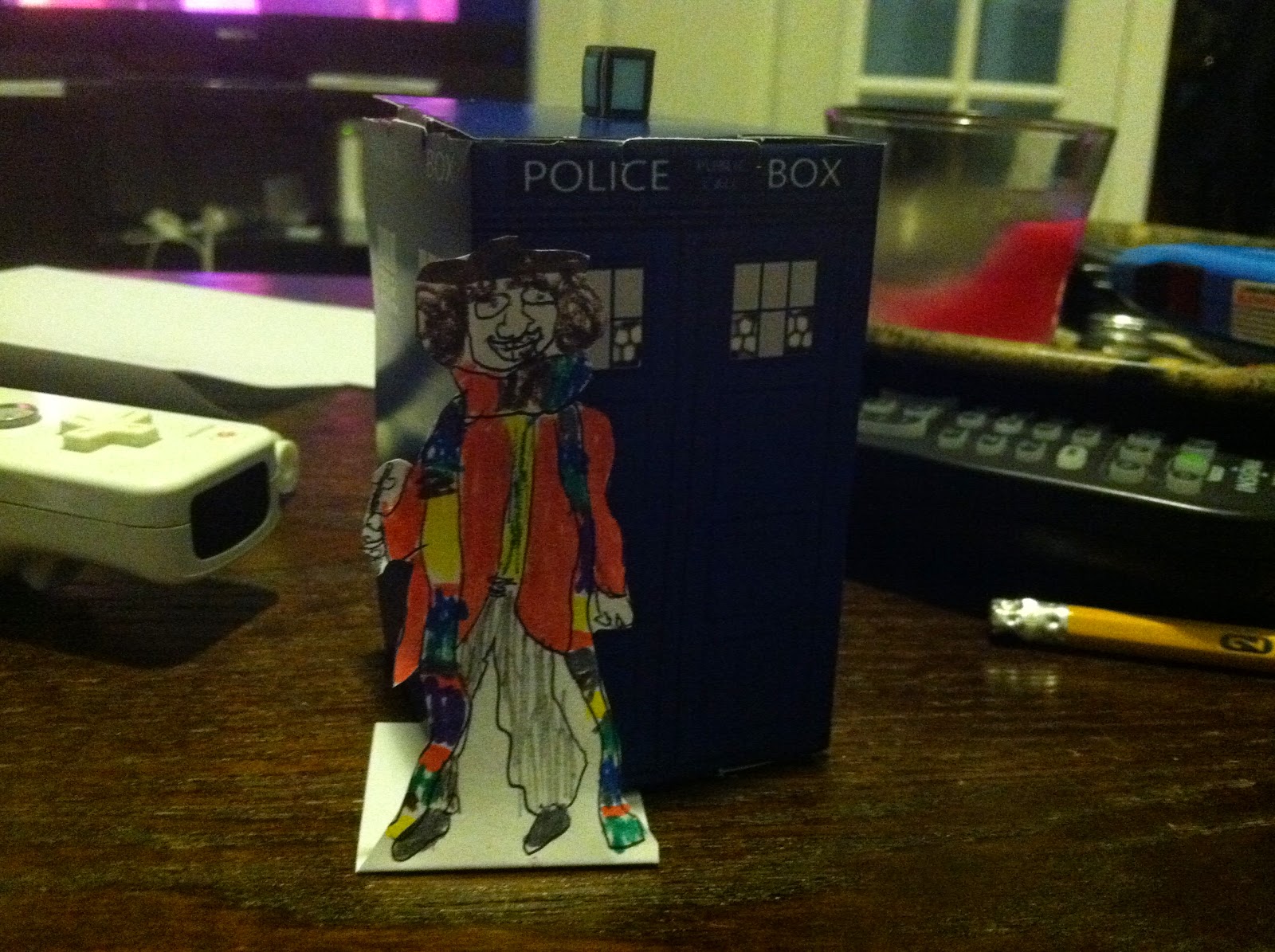 Tom Baker's Doctor is my Doctor. He is the first Doctor I remember watching with my Dad when it was first aired on PBS. He will always be my favorite.

Want more of the same? Patronize me! http://www.patreon.com/sethifus

Posted by sethifus at 5:01 PM No comments: