So I didn't put anything up yesterday...

Somebody commented on page 25 asking for more, so I made more!

I'm watching "The Many Adventures of Winnie the Pooh" on Netflix!

There's a part when Pooh gets stuck in Rabbit's door hole. Then Rabbit tries to turn Pooh's bottom into moose head.

I got to wondering, what would the full moose look like? 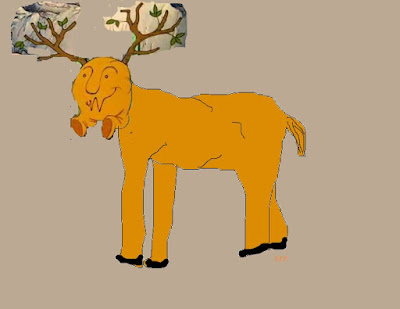 I've found that "The Many Adventures of Winnie The Pooh" is a wonderful movie to nap through! So comfy! I cannot recommend it enough.

Posted by sethifus at 6:32 PM No comments: 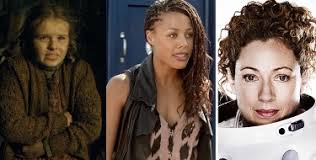 Doctor Who
Dentist What
Podiatrist Where
Psychiatrist When
Surgeon Why

Posted by sethifus at 5:42 PM No comments: 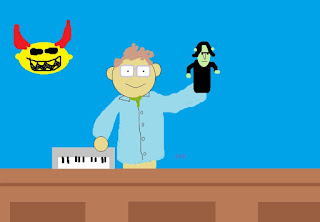 He made all the Potter Puppet Pals stuff. I like them. I even got to meet him once. 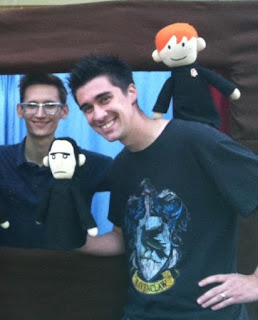 And I got to hold the Snape puppet!


But I like a lot of his other stuff more. He also makes music under the name Lemon Demon.


You should probably check all of his stuff out.

Anymore when I make stuff I'm either ripping of Neil or Dinosaur Dracula.

If only I could get paid for being handsome...

Posted by sethifus at 4:36 PM No comments: 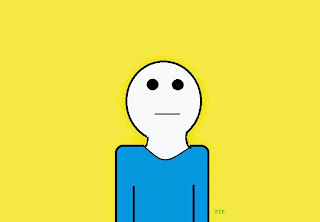 I made his neck a little too long, but I think it turned out OK.

Have you ever read the Perry Bible Fellowship? It is one of my top 5 online comics! Nicholas Gurewitch is a master at aping other people's art styles. He parodies everyone from Shel Silverstein to animes to Candyland, and draws it exactly like the source material!

But careful! It's only for adults (swears, violins, and nakers)

If only it would update more often.

Buy his books! Then, if you have any money left, give me some!

Posted by sethifus at 5:05 PM No comments:

I celebrate the latter 4 on this day each year!

But today's Thing-a-Day Thing is actually this: 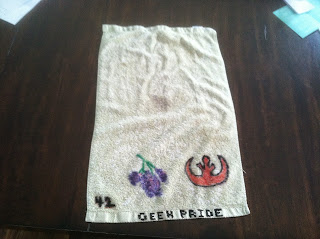 I've been using it for a few years now. I chose it because it's small enough to carry around without much trouble. Plus it reminds me a bit of Arthur Dent's towel in the much-maligned movie version of "the Hitchhiker's Guide to the Galaxy". I actually like the movie version a lot. To each their own...

This year the towel is a bit different! Today I added some drawings to represent the other May 25th geeky celebrations!  Here they are! 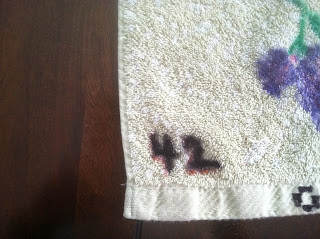 The towel itself and the number 42 in the corner are in celebration of Towel Day, the Hitchhiker's Guide to the Galaxy, and Douglas Adams. The 42 has been there other years, but I remarkered and added a little orange on the edges to make it pop out more. 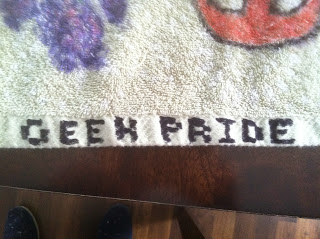 I wrote "GEEK PRIDE" in a pixilated font for Geek Pride Day! I try not to be too prideful too much of the time, but I do like the things I like. 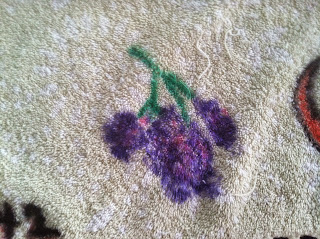 A sprig of lilacs for the Glorious 25th of May! This is a reference to Terry Pratchett's Discworld series. I've read a few of the books, played the games, seen a few of the movies, but haven't gotten into the series like I feel I should. I don't not like it, but I'm not head-over-feet for it. I wish I was. 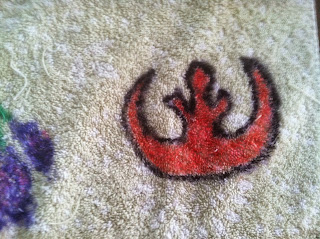 And finally the Rebel Alliance starbird for Star Wars Day! I like Star Wars, but I've always liked Star Trek a little more. They're both good nerdgeekdork fun, though. Can't we all just get along?

I'd like to add more, but I don't know what to add. I'm already representing each of the 4 celebrations of May 25th. Am I missing any?

If so, let me know in the comments! 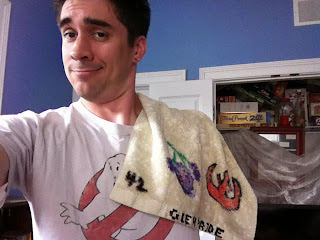 I wish there was something Star Trek-y to celebrate today as well.

Posted by sethifus at 2:17 PM No comments:

I mentioned in a post a few days ago that I should start a Ponder Couch Store. 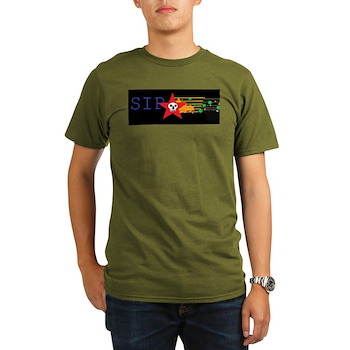 and a couple other shirts.

I'll add more as I think of them.

Posted by sethifus at 6:09 PM No comments: 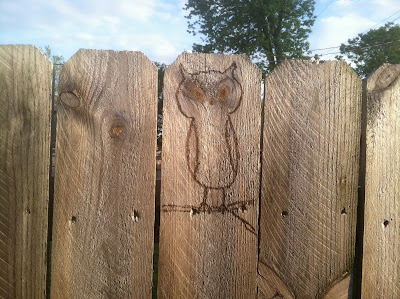 I noticed the knots and sketched around them with a Crayola marker.

Posted by sethifus at 6:06 PM No comments: 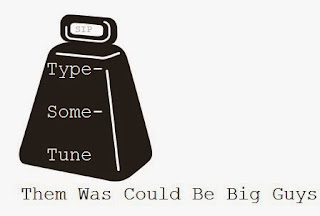 Posted by sethifus at 9:03 PM No comments:

Princess Melawesome and I have been watching it the last couple days. I like it a lot! It's like "Red Dwarf" mixed with "Hitchhiker's Guide to the Galaxy" and "Star Trek"! Check it out! Oh, and "Mystery Science Theater 3000"! Joel and Trace are in it! (Trace is the voice of A.R.T.)

Posted by sethifus at 5:12 PM No comments:

I should make a Ponder Couch cafe press store just so I can sell this on a t-shirt.


I'm surprised I haven't made a Ponder Couch cafe press store yet.

If you get this tattooed on you and I meet you and you show me, you will get the biggest, most sincere high five from me and, if you're comfortable with it, a hug.

Posted by sethifus at 5:37 PM No comments: 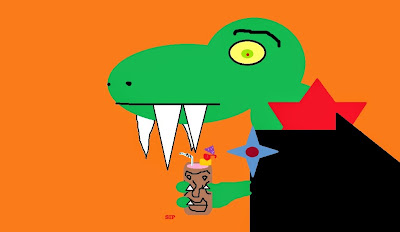 I love the DinoDrac site! It is probably my favorite entertainment, online magazine site. If you like things like cereal mascots, cartoons, action figures, Halloween, Christmas, Gremlins, tiki culture, and everything great about the 80's and early 90's, you should check it out!

Mummy Shark is pretty great, too!

I don't know what to say about him. He's so happy.

I think he has problems.

Posted by sethifus at 7:46 PM No comments:

Here's a Thing with Dogwood from Ponder and Enlightening 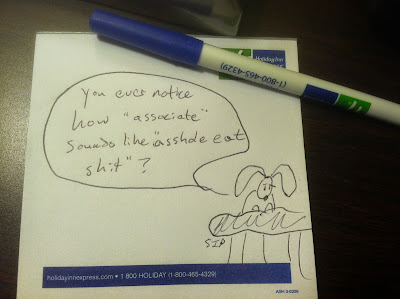 And here's another P 'n E-related pic so I have something to post on social media that doesn't have swears in it. 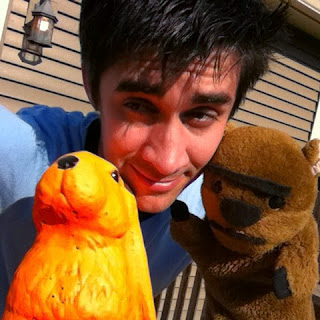 Posted by sethifus at 5:55 PM No comments:

It's about the new Domes and stuff. 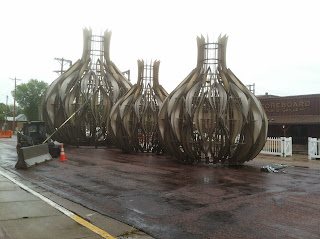 You should go read it!

There's a video about my new Corn Palace floaty pen, too!

As we have been preparing the decorations for her reception, we made a banner! 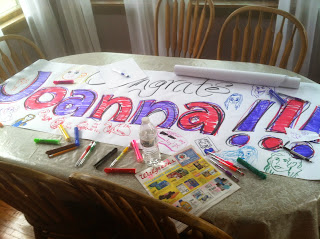 It goes with the display of pictures from her life so far. To make the banner match each of us added a drawing or two of Joanna at various ages.

My drawing of her is today's Thing! 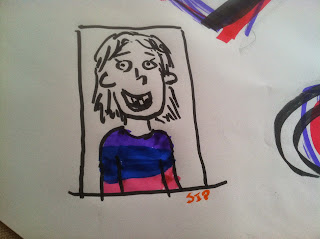 It's based on a couple of her school pictures. I think it turned out pretty good.

Congraduations to all the graduates!

In my head
it's time for bed. 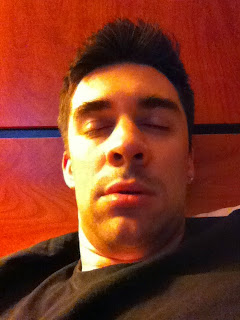 Posted by sethifus at 7:39 AM No comments:

I am not good at drawing fingers or hands!

Posted by sethifus at 7:29 PM No comments:

It used to be all about Food and TV, but now the fun is Mandatory.

I feel almost as bad as I did when you were still here...

Posted by sethifus at 7:00 PM No comments:

It's also a the newest shirt design in my Fictional Bands cafepress store!

I made it out of a non sequitur and a public domain Edward Lear illustration.


You should probably go buy a shirt or 9.

Everybody wants fries with that.

Posted by sethifus at 4:07 PM No comments: