Last year I wrote about some of my favorite things at the Indianapolis State Fair 2014.

I listed the 5 things I look forward to seeing every year at the fair.

Princess Melawesome and I went to this year's fair today. Most of the stuff from last year's list was still there so today's Thing-a-Day Thing is a list of stuff that caught my eye at the fair this year. 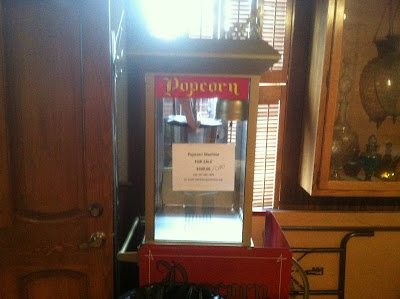 The first thing I saw the fair that caught my attention was this popcorn machine. 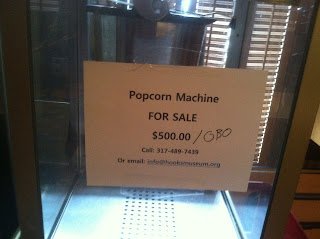 Anybody want to buy it for me? It's only $500 (or best offer). I have the perfect place to put it at the Ponder Haus. 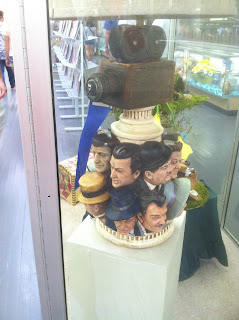 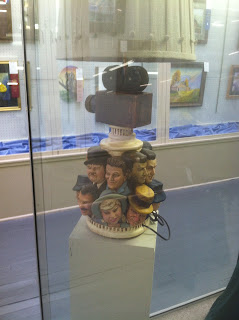 This lamp was in the Arts building! Someone made it and submitted it to the competition. It's got black and white movie celebrities all over it, plus an old movie camera.


The fair is featuring an exhibit about corn. In that exhibit there is an end of a section that's all about the Corn Palace! 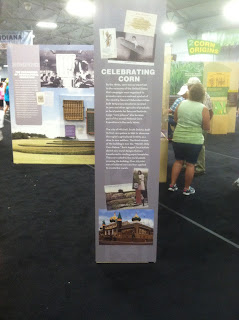 I'll be posting more about that on The Mighty Palace of Corn (my Corn Palace blog)! 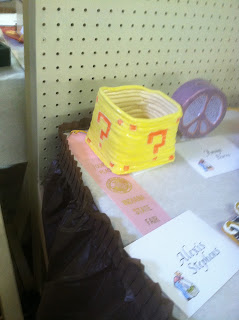 This is the first of two video game-related art pieces made by people younger than me that were on display for the fair! 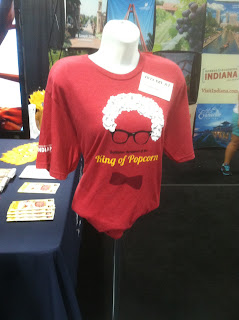 I just thought it was cool. I'd wear this. 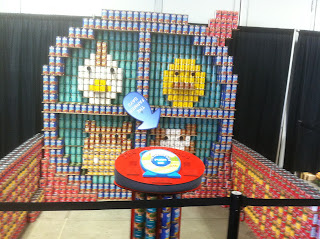 All the other displays of cans were things like Minions and Wall-E and Veggie Tales. But this one was a giant See 'N Say that actually worked!


It was even distorted and hard to understand like a real See 'N Say! 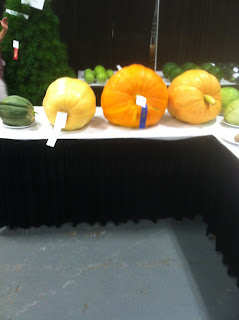 These were big pumpkins, but not the giant pumpkins I look forward to seeing each year.

I don't know if they bring them in later in the fair or if they just won't have them this year.

9. The Carving of the Cheese Sculpture! 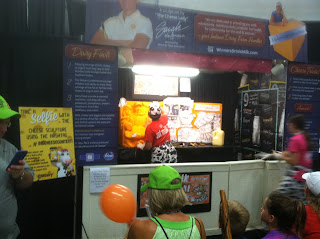 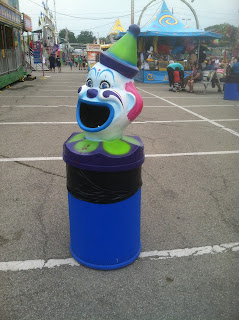 Jesus. Look at that thing... 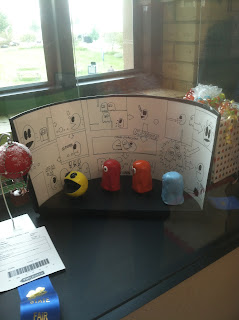 This was in the 4-H building. If you go to the fair this year, look for it.

12. This Back to the Future Display! 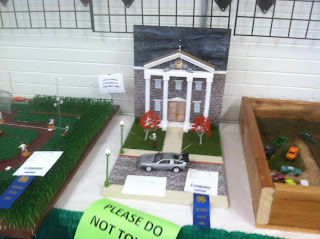 It's cool! They recreated the clock tower and Doc's "weather experiment"!

There is even a little Marty in the Delorean and a little Doc working on the wires! 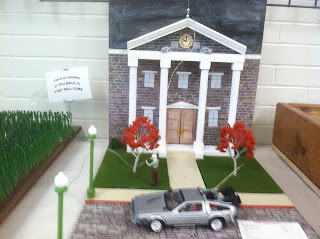 That's all the stuff that caught my eye this year!

What did you see at the fair this year?

Reminder: There are a lot of new shirts you can and should buy from the Ponder Couch Store!

All's War in Fair and Lunch!
Posted by sethifus at 4:02 PM