I read a book! 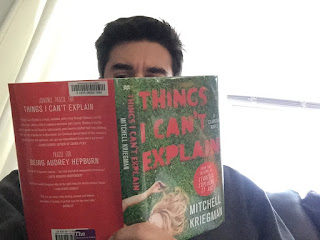 It's called "Things I Can't Explain" and it's by Mitchell Kriegman.

It's a sequel to the television series "Clarissa Explains It All".

That's why it's called "Things I Can't Explain". Clarissa's older now and she realizes she doesn't know everything like she...


Queen Melawesome (formerly Princess Melawesome) and I recently watched the first few episodes of "Clarissa Explains It All" and, as I do with all nostalgic things, I looked up stuff about it on the internet!

I found out some interesting things about the history of the show and also that the guy who made up Clarissa in the first place wrote a book about her as a 20-something!

So I looked up the book at my library and read it!

The book touched on everything I remember and like about the original series. It explains what's been going on with her parents, brother, Sam, Elvis, etc. in ways I found quite satisfactory. It also included the ill-fated made-for-TV-movie (that was supposed to kickoff a new TV series) "Clarissa Now".

There are also a few references to "Sabrina the Teenage Witch" which Melissa Joan Hart (who played Clarissa) also starred in as Sabrina.

Like I wrote a few paragraphs ago. It's good! I enjoyed it. It's a lot like the original show, but more adult.

Yep, Clarissa now swears, drinks, worries about adult stuff, and has had sex. But there are still plenty of charts, rambling monologues, and references to current pop culture!

The story is all about Clarissa trying to get a new job, contemplating a lost love, dealing with an ex, her parents, brother, and a possible new boyfriend.

The only parts that weren't for me were all of the descriptions of the fashion choices of various characters and a cringe-worthy conversation with Ferguson (her brother).

If you were a fan of the show, and don't mind a little cursing, drinking, and sex, I suggest you check it out!

Posted by sethifus at 5:49 PM No comments:

Here is my review of a Descendents Bonus Cup!

The actual drink, not the mug. The mug is wonderfully cheesy, though.

I can see why their songs are so energetic.

(watch all the way to the end of the video)
Posted by sethifus at 7:27 AM No comments:

This is My Guitar! - a MisterSeth song! 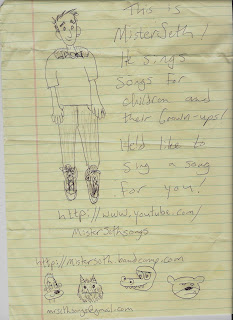 Posted by sethifus at 2:33 PM No comments: 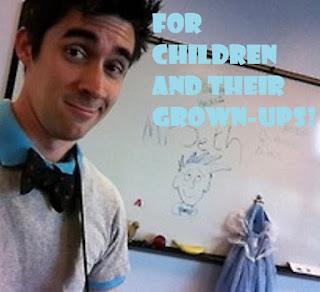 If you live in the Indianapolis IN area and would like me to come your event and play some songs "For Children and Their Grown-ups!", check it out.

Posted by sethifus at 6:04 PM No comments: 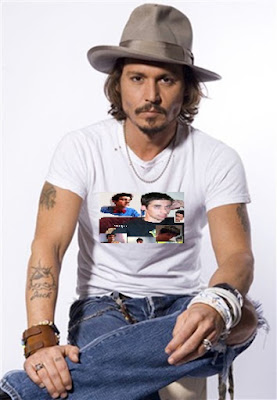 He's wearing this shirt from the Ponder Couch cafepress store!

Well, not that one... that's a shirt to show off your muscles.


You should get it too!

I'd still marry that man.

Andre the Giant Has a Paci!

I had this idea. 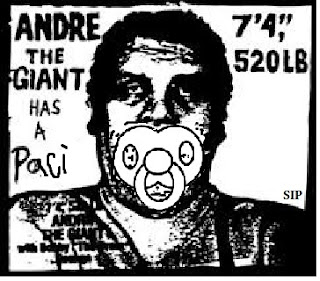 I made some audio, Bryan Trusty added visuals, thus a new video was born!

Some me described it as "A video about the Video Game Snacks I'd like to Snack!

Come listen to me say "various", "variety", and "delicious" too many times!"

Posted by Bryan Trusty at 6:30 PM No comments: