I try not to get too publicly political, but c'mon people.

I mean every word of it.

If you feel like posting hate in the comments, go ahead. I don't plan to say anything more.

Let's do the Trump Dump
and Dump Donald Trump!
If he's elected into office
I'm afraid
we deserve what we get.

Posted by sethifus at 2:05 PM No comments:

I made some new videos!

How to make my Hallowe'en Cereal Monster Special Treat things!

A song about Thinking, Joking, and Talking!

And finally a song about Revenge! And Poisoning your best friend!

Posted by sethifus at 4:20 PM No comments:

I made some videos:

I made this BTB (Before The Beard), but Bryan has been busy and just now got to animating it!

It's odd that I'm watching myself on TV while Donkey Kong is busy using the couch.


In these videos I gaze deeply, lovingly into YOUR eyes!


Orrrrr we're having a staring contest.

Shares appreciated!
Posted by sethifus at 5:53 PM No comments:

A song about having to deal with the public.

Why do people tell you they're Christian while they're yelling at you?
Posted by sethifus at 2:16 PM No comments:

Candy Corn and all the summer Bumpers!

I made an instrumental song about Candy Corn:

And I compiled all 10 Ponder Couch Bumpers I made this summer into one video!


The bands on the flyer in the Fliers bumper are:

"gladys wants fries with that"


In case you were wondering, and wanted to buy a shirt or seven.

Now if only the Ponder Couch was an actual TV station...

Posted by sethifus at 2:54 PM No comments:

My first How To video!

I hope to do more How To videos! Any ideas?

Posted by sethifus at 4:47 PM No comments:

5 Things That Scared Me as a Child!

If memory serves, I was scared most of the time as a child.

I was scared of many of the normal type stuff; the dark, ghosts, etc. But I was also scared of a lot of things that did not seem to scare anybody else.

Halloween is coming! So I thought it would be appropriate to make a list of scary things!

Here are 5 things I was scared of as a child that now I find... charming?

I loved this PSA, but it also scared the crap out of me.

He reminds me of Mr. Butts from the Doonesbury comic.

This cartoon PSA animated by Everett Peck (creator of Duckman!) was a lot of fun. I remember my cousin and I were pretending to be Nic and the other characters during an afternoon of play.

The thing that scared me was the voice who said, "STRIKE ONE".

But it wasn't STRIKE ONE, or TWO, or THREE that scared me. It was how he said, "YOU'RE OUT!" and the strike of the curtain falling.

It just seemed so loud and final.

Now I think it's great!

When I was in early elementary school I lived in Turtle Lake, North Dakota. One of the things that scared me was this water tower.

It wasn't the water tower itself that scared me, but the idea that if someone opened that door in the tiny teal building at the base of the tower it would flood the whole town.

But it scared me nonetheless.


Now that I'm an "adult" I know that it doesn't work like that.

But what the heck is that building for?


I was home alone one day when I turned the channel to PBS (this was also in Turtle Lake). Then all of a sudden this Monty Python sketch was on the screen.

What the ever-loving crap?!

It scared me so much that after watching the whole sketch I turned the TV off and ran over to the church basement (next door) where my parents were to tell them about it.

They said something like "if it scared you, then why did you keep watching it?"

It was 8-10 years later that I found out how amazing everything Python did/does is and fell in love with the show, including this sketch.

But seriously, PBS, put a warning on before this episode.


I had "Pee-Wee's Big Adventure" taped off of TV and watched it over and over again.

I loved clowns, but this scene was enough to give me Coulrophobia!

I'm not sure if I'd seen this movie before and was scared of this scene or if my parents knew me well enough to know this scene would be too much, but my taped-off-of-TV version was missing this scene. I think I remember my dad edited it somehow.

I watched this scene again and it's still creepy as all get-out!

It scared me even more than this:


I love ShowBiz Pizza! If it was still around I would find excuses to go there.

But, alas, it is no longer around.


I remember wanting to build my own Rockafire Explosion-style band. I even made some cardboard characters and set them up on the coffee table in our basement (I wish I had pictures of it).

But MAN did those characters scare me.

I'm still scared of animatronics, but what really did me in was the walk-around characters! If the characters stayed on stage, I felt safe. I was still scared, but in a watching-fireworks-on-the-fourth-of-july-from-the-backseat-of-your-car scared. But when a song ends and Fats was standing right behind me? Stay on the stage, behind your keyboard, Fatz!

That's all 5 of the things! There were plenty more, but that's enough for this list.

Maybe I'll do another 5 before Halloween has come and gone.

Billy-Bob was almost as bad.

Seriously, stay on the stage.

Posted by sethifus at 2:23 PM No comments:

I don't know if anybody else is enjoying these, but I sure enjoy making them!


I will compile them into a larger video when I have at least 10.

Posted by sethifus at 1:51 PM No comments:

Posted by sethifus at 6:01 PM No comments:

3 More Bumpers and a couple of Guitprov Songs!

They all use the same video footage, but have different soundtracks!

I also made 2 new Guitprov songs!

From the youtube: I love the band Bracket (http://bracket.bandcamp.com) and they have been writing Warren's Songs for years.
They just released what I think might be the "last" Warren's Song which is part 28.I think that's a shame. So I wrote a part 37 in the hopes that they'll fill in the songs inbetween.

From more, other youtubes: "On the Road: By Jack Kero 'Wiggity' uac" is a stream-of-conscience song. I just played whatever my brain and fingers decided to do together. I didn't give it any forethought except that I planned on playing for at least 10 minutes.
Full disclosure: I've never read "On the Road". Should I?Does my stream-of-conscience, out of tune banging and strumming go with Jack's stream-of-conscience words? Somebody please try to read or sing a section of the book over this "song". I would love to see that.

That's it for today!

Seriously. Someone please read or sing some Kerouac over that mess of a 15 minute song!

Posted by sethifus at 3:57 PM No comments:

I plan to compile them in a larger video when there are 10.


Maybe then someone will actually watch them...

Posted by sethifus at 4:25 PM No comments:

An Open Letter - by sethifus

My reaction to Brock Turner.
And anyone else who feels entitled to do whatever they want because they're good at something.


I don't sing about serious things very often, but this needs to stop.


The sentiment behind this song applies to gun violence and all the other stupid things people do to each other.

Happier stuff next time and hopefully from now on.

Posted by sethifus at 5:45 PM No comments:

I wrote a couple songs today:

I like to write silly MisterSeth songs about food!

If you are a fisher-type person do yourself a favor and buy everything you can from him!

Anybody else want a theme song?

Posted by sethifus at 2:39 PM No comments:

I saw this on some Pampers wipes at work: 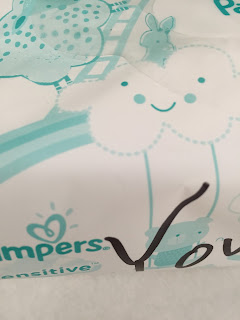 It's a bear and a rabbit and a cloud!

So I drew this: 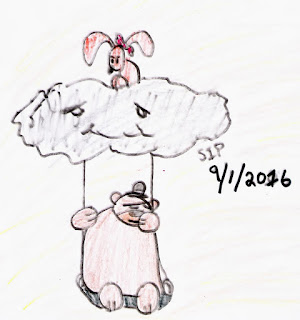 You can also see this on the Ponder and Enlightening website!

I hadn't done a P 'n E comic since Thanksgiving!

That was far too long.

Before I drew that I did some sketches! 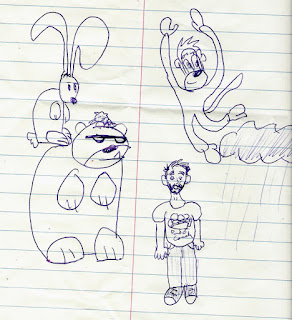 This was the first time I'd drawn the strip version of myself with a beard! I'm wearing a poorly-sketched Ponder Couch shirt! You can get a real one here! 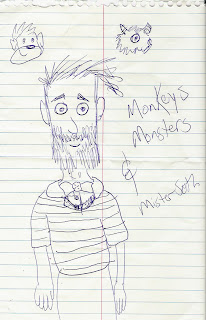 I also drew a weird MisterSeth picture. The name "Monkeys, Monsters, and MisterSeth" is what I will call my professionally-recorded MisterSeth album, if it ever gets recorded.

I also drew a squirrel! 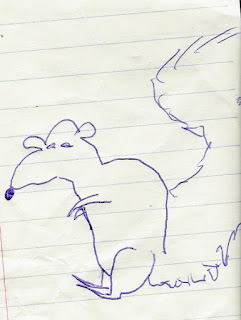 My coteacher told me it looked like Master Splinter before he mutated. I told her that was one of the most wonderfully geeky things I've heard her say. I'm so proud of her.


I should draw more often. I forgot how much I enjoy it.

Posted by sethifus at 2:47 PM No comments: