It's not my birthday anymore....

That video is now a lie.

If it's ever your birthday, feel free to post that video all over you social media.

I made a new picture I like a lot. 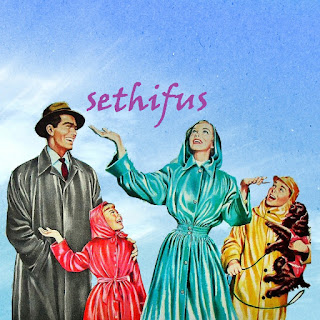 If you want it on a shirt or something, let me know.

Posted by sethifus at 2:28 PM No comments:

I consider myself a creative person.

This creativity could lead to some fun things.

Sometimes when you make something people like, you get asked to do something else.

Here is a list of some of the things that I hope my creativity will lead to, eventually.


Yeah, this one won't happen.

You have to be really, really good at something to get one.

You can't apply for it. A secret group just decides to give you one.

They gave one to this guy.

I think he truly deserves it. He plays that mandolin so well. Plus he's dorky and charming.


But will I ever get one? I highly doubt it.


2. Get Asked to Contribute to Things


I heard today that there's going to be a Bob's Burgers album. 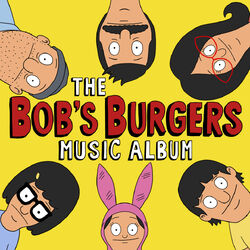 There's over 100 songs on this thing. Lots are directly from the show, but some of them are covers by famous musicians.

I would have loved to have been on this album.

Or asked by musicians I like to add some vocals or guitar or something to a song for their new album.

Sometimes when you're a creative person you get asked to play yourself on TV shows and in movies.

The Simpsons and Family Guy do it a lot.

So does Sesame Street.

If I was ever to be on Sesame Street, I know just the Muppet I'd want to do my segment with:

Politicians get to do it all the time.

I love children. When I see a cute one in a public place, and I don't know that child, I still feel like I should get to pick it up and give it a great big kiss on the cheek.

Maybe someday, if I get well-known for children's music, I'll get to do this kind of thing.

But Princess Melawesome pointed out that this might become a bad thing. People might start handing me babies even when I don't feel like holding them. That would suck.

But I still want to be able to do it. The same thing goes for dogs and cats and other cute things.

I wish that stuff I made would inspire others.

I do cover songs sometimes, and I often send them to the musician I cover. I hope it flatters them and gives them a little ego boost. I want them to see it because if someone covered one of my songs I'd want to see it!

So the few times someone has made something based on something I made, I share the heck out of it.

That still makes my day a little better when I think of it.

It especially means something when I don't know a person.

I wish my stuff would reach the right people and mean something to them.

That's it for now!

I hope some of these things happen to/for me eventually, and that all of your dreams come true!

Me, Myself, and Irene

I wrote a song a couple years ago...


I finally recorded it today:


Watch, share, love, care, make sure to change your underwear.

I went to Universal Orlando Resort!

They had real Simpsons food there!

I ate and drank some!


Here are my reviews in order!

I tried a Krusty Burger and original Duff a couple years ago (read about it here!) 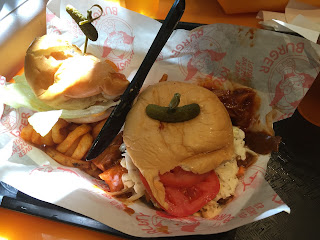 I still stand by what I said. Krusty Burger is awesome. It tastes soooooo good. I love the sauce and the fact that they put a sweet pickle on top. Yum!

The Ribwich was also very, very good! It's not in one big slab like in the cartoon 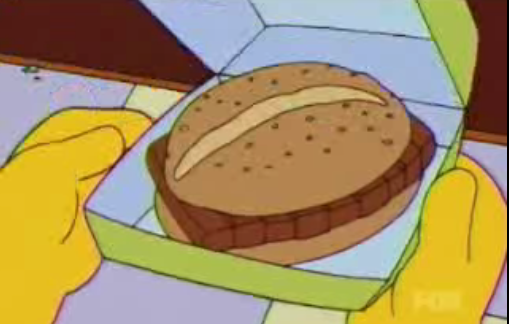 It was in a lot of little, tasty chunks. 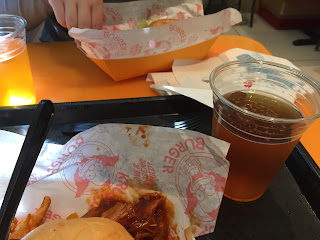 I thought I got more pictures of it, but apparently I did not.

I guess I only took 4 hasty pics so as to not draw too much attention to myself in a public place. 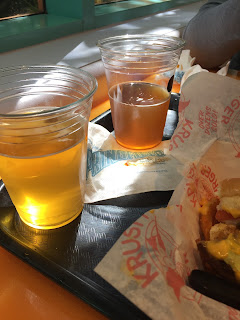 Man, do I love Duff Beer.

If it was widely available, I'd always have it in my fridge.

It tastes sort of like Samual Adams Boston Lager, but a little different than that.

It's not the best beer, but it is my favorite beer.

This Duff is more how I thought all Duff would taste. Weak and watered-down. Not much flavor, but you could probably drink 10 in one sitting.

I wouldn't buy Duff Lite myself, but I wouldn't turn it down if someone offered it to me. 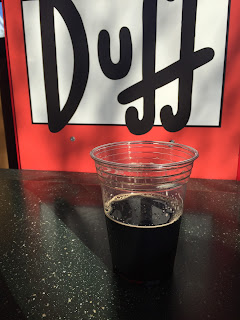 I would buy this frequently, too. Princess Melawesome said it was her favorite of the 3 Duffs. She helped me eat the burger and the ribwich as well!

I'm not sure what other beer to compare it too. It tastes like other "dry" beers I've had. All I can say is that it's really good.


That's it for this set of reviews!

I would love to go back and try some more of the defictionalized foods from downtown Springfield, but that will have to wait until I've paid off this trip.


If you have any requests for deficitionalized product reviews, ideas for "made real" segments, or just want to tell me how handsome I am, please leave a comment below or send me an e-mail at sethifusp@gmail.com

Can't get enough, of that wonderful...

What I want for my birthday!

From here on out I'm an adult, for real.

At least that's what all the forms where I have to fill out an age bracket say.


You know what I want for my birthday this year?

Apart from what I said a couple birthday's ago,  I want you to do 2 things for me:


Or any of the shirts from the Ponder Couch cafe press store.

I picked this one because I like it a lot (there are several different kinds of shirts with this design on it), but I'd feel weird wearing a shirt advertising myself on it.


2. Do something fun wearing the shirt you bought, take a picture of yourself doing it (or a video!), and send it to me with a story about the fun thing you did!

With stuff happening in the world and people feeling grumpy and down-in-the-dumpy I'd like, for my birthday, for you to have some fun.


You don't even have to buy the shirt, just send me a pic, video, and/or story about something fun you're doing for yourself.


here's where to send it: sethifusp@gmail.com

Make sure to put "Happy Birthday! I did something fun!" in the subject so I know you're not just spam.


Or you could tell me about it on facebook!


You could also buy my newest album! 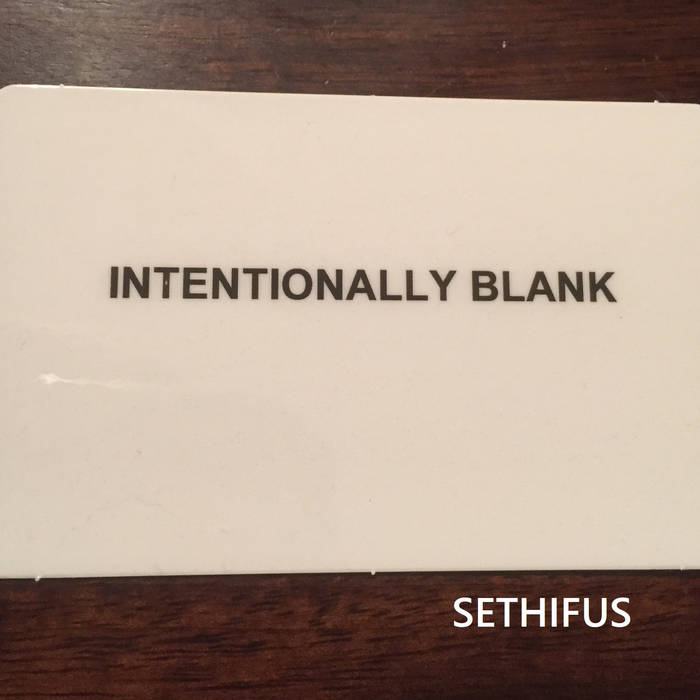 Click the picture or this text to go to the site!

If you wanna get crazy about it, be my patron!

Posted by sethifus at 2:11 PM No comments:

Labels: 35, birthday, buy my shirt, fun, Ponder Couch, seth I pederson, Sethifus, shirt, sip, what I want for my birthday

She All Right- a sethifus cover of a Dr. Frank Portman song

I did this in one terrible take, if you can believe it.

I love this song. I love every song by Dr. Frank, solo and with MTX.

Frank Portman is my favorite musician and you should go check out everything he's ever done and ever will do. http://doktorfrank.com/

I wish he'd do a concert/book thing in Indianapolis....


And I meant every word of it!

Posted by sethifus at 1:58 PM No comments: