I have a new album! 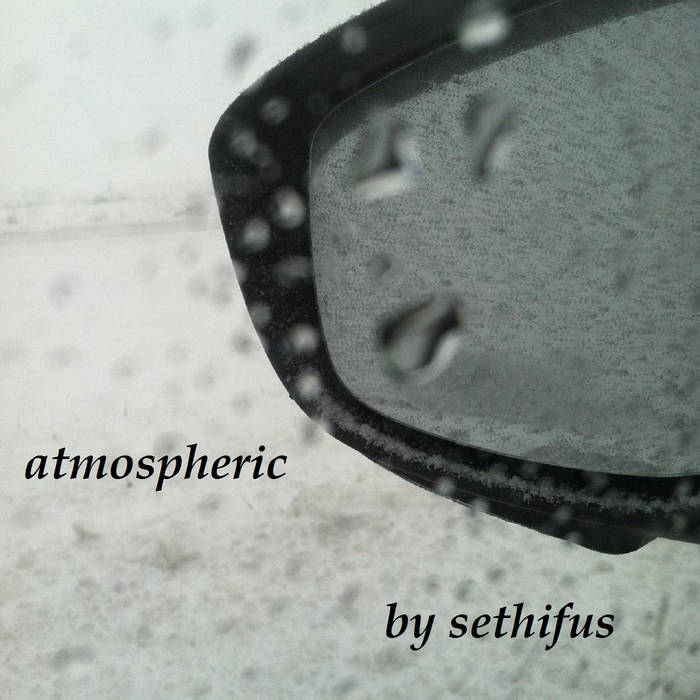 It's an album of instrumental tracks with calming sounds and guitar. I recorded it to help stressed out people calm down. I use it at work every day. It helps me calm down.

That's pretty much all you need to know about "atmospheric".

If you're at all like me in that you like to know the story behind things like this album keep reading. The rest of this article is going to be just that. I'm going to go on and on about this album because I really like it. I'm proud of this album and want to talk about it.

It all started with this:

I recorded each song in one take. It shows.

I still think it's a pretty good album for what it is. (one of those songs has the same basic guitar part one of the songs on "atmospheric").

After that I recorded some other albums. For 2 of them I recorded the first 2 songs on "atmospheric".

And second "Out in the Rain" for "SHOES":

After that I decided to do a full album of that kind of song.

I decided to give myself a couple of restrictions because... I guess because I keep hearing that having limits helps fuel creativity. I did the same thing with my comic "IMPENDING DOOM!" which I thought was pretty neat, but I'm biased.

Restriction 1: The background sounds for each song (except the bonus track) had to be natural sounds that I didn't doctor too much.

Restriction 2: The only other sound could be guitar.

That was it! With those limitations I recorded 12 more tracks like the first two (and one weird bonus track).

I tried to make all of these tracks soothing. I picked noises I thought could help whoever listens to them calm down, fall asleep, meditate, or whatever they want to do with calming music. (Just... you don't need to let me know what you do while listening to it...)

As I recorded I realized that I wanted to make music that could be on a loop in the background of a level in a video game:

or in the background at a section of a theme park:

Or anywhere that needs a bit of atmosphere.

I ended up using a lot of water sounds. I have a few other ideas that I didn't include... maybe I'll make a sequel album.

For the guitar parts I tried to write riffs that sounded nice, weren't too raucous or loud, and could help soothe without distracting too much from whatever was going on. (again, I don't need to know)

Huh... I thought I had a lot more to say about this album, but I think that's all I got.

GO BUY "ATMOSPHERIC" AND CALM THE HECK DOWN!

Working on a few more albums...